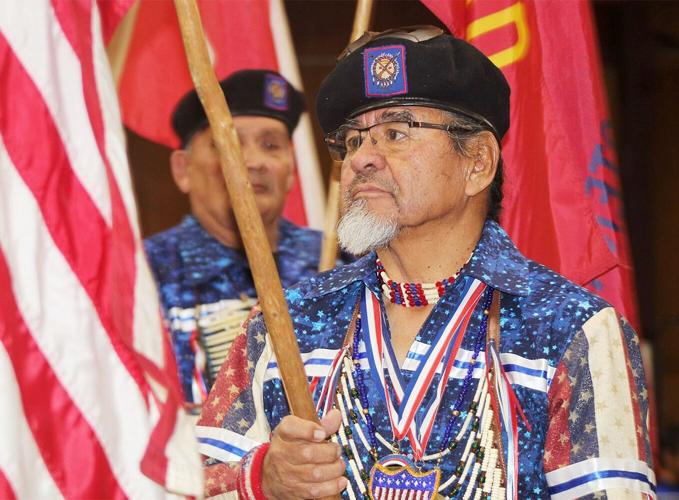 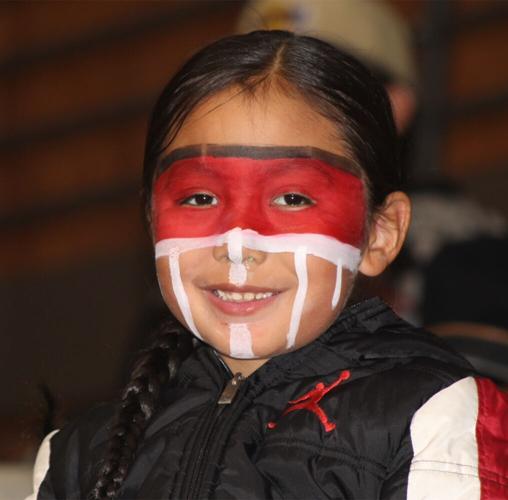 Young one smiles in the stands as he awaits grand entry. 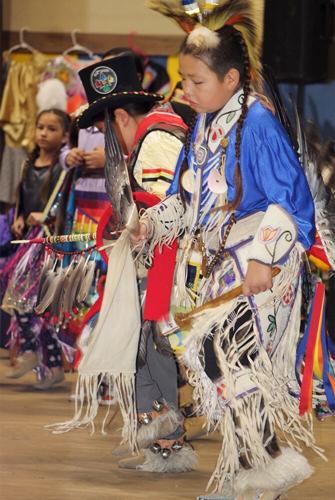 CSKT Elder Eugene Felsman (not pictured) expresses the joy when he sees youth on the dance floor. 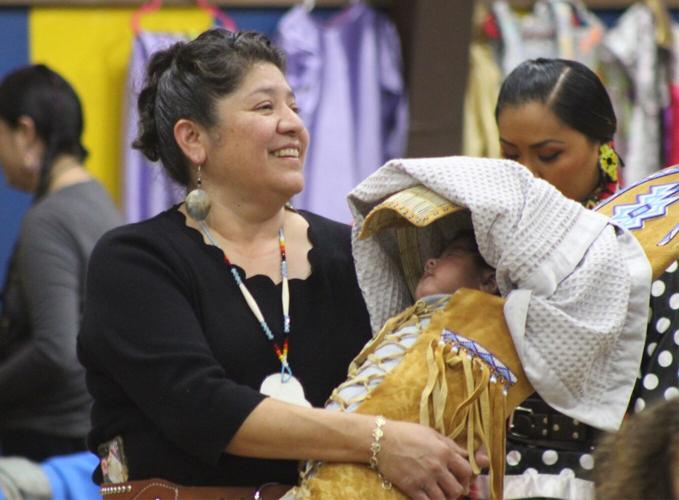 A sleeping baby in a cradleboard joins the family in dancing. 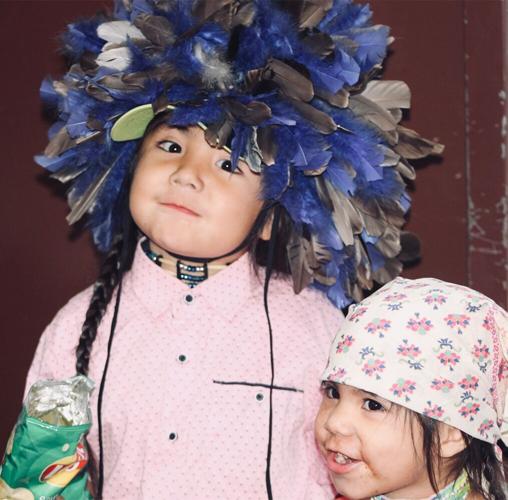 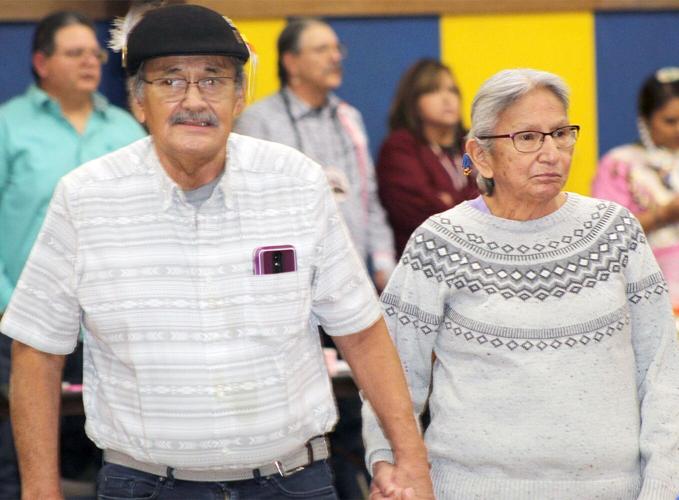 As the golden age is called to the dance floor, George Vanderberg and Esther Johnson join the circle together 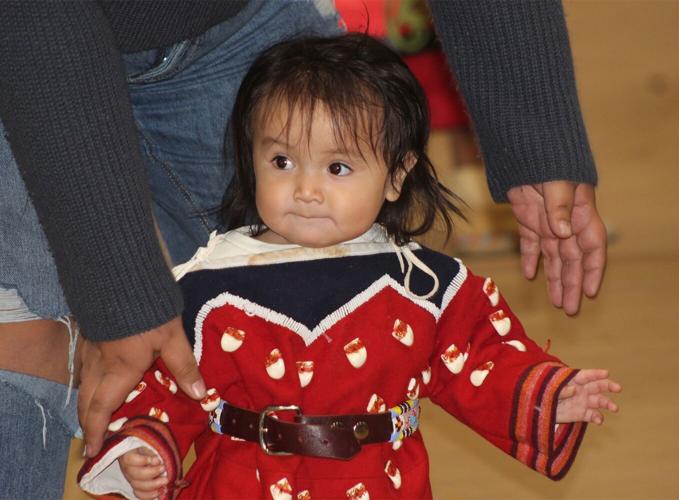 Tots don traditional regalia and get on the dance floor.

RONAN — The Confederated Salish and Kootenai Tribes (CSKT) hosted a powwow at the former Kicking Horse Job Corps Center (KHJCC) for the first time in years.

KHJCC shut operations in 2019, and the area is now being used as a workplace for many CSKT departments. Many people have positive memories of the location, and members of the community expressed their delight at attending a powwow at the Kicking Horse after so many years.

Men and women of all ages moved across the gym floor in the form of a snake as more than 20 Veterans filed in line to be honored for their service.

According to "Over a Century of Moving the Drum," a book by CSKT elder Johnny Arlee, the Snake Dance was done to begin a war Dance.  It was conducted by a chosen man who assembled the dancers at a designated location, usually at the camp of the Chief of the Celebration. The dancers moved towards the war dance pavilion in a single file, with the leader weaving and doubling back like a snake. Following the group singing the Snake Dance Song were the drummers and singers.

"All tribes have a responsibility," said CSKT elder Eugene Felsman, a CSKT member from Ronan. "Even though we didn't have our citizenship for a long time, we still felt very strongly to protect our family, our religion, and our way of life.

"My dad passed away down in Evaro in 1971, I quit school, and instead of being drafted, I joined the service, becoming a Vietnam Veteran,” Felsman said. “Later, when I came out, I went into the Army Reserve and then ROTC, and I went on to being a first lieutenant."

“They treated the Vietnamese people badly,” he said. “They resembled Native Americans, and I became good friends with a lot of them over there.”

Felsman also stated that he believes the war was avoidable.

“Sometimes the leaders of our nations stir us in the wrong way and sometimes the media is not very good. We could have avoided that war, but sometimes key individuals stir us that way, Felsman said. “I'm still glad to be in service that way anyway.”

According to Felsman his late relative Alexander Matt was captain of the Indian scouts during the Nez Perce War of 1877.

According to history.com, the US government violated a land treaty with the Nez Perce earlier in 1877, forcing the tribe out of their territory in the Wallowa Valley in northeast Oregon and relocating them to Idaho.

For more than three months, Chief Joseph "began one of the great retreats in American military history." As the Nez Perce outwitted and battled more than 2,000 pursuing American soldiers, Chief Joseph led 300 Nez Perse toward the Canada border over a distance of more than 1,000 miles.

Chief Joseph was cornered by the U.S. Army just 40 miles from Canada, and his people were forcibly relocated to a reservation. “Hear me, my chiefs: My heart is sick and sad. From where the sun now stands, I will fight no more forever.” A declaration by Chief Joseph in the Bear Paw mountains, according to history.com

“Each of us tries to serve our nation as best we can,” Felsman said.

Ruth Swaney, CSKT Administration Budget Director, said she is thankful beyond words. “Our committee held the Veterans Honoring and Powwow at Kicking Horse gym, a place near and dear to my heart for 50 years.”

“We thank all the singers and dancers who traveled near and far to celebrate and honor our Veterans and military service people,” and “Lemlmtš ɫu pi sqelixʷ.”

All other dancers received Consolations