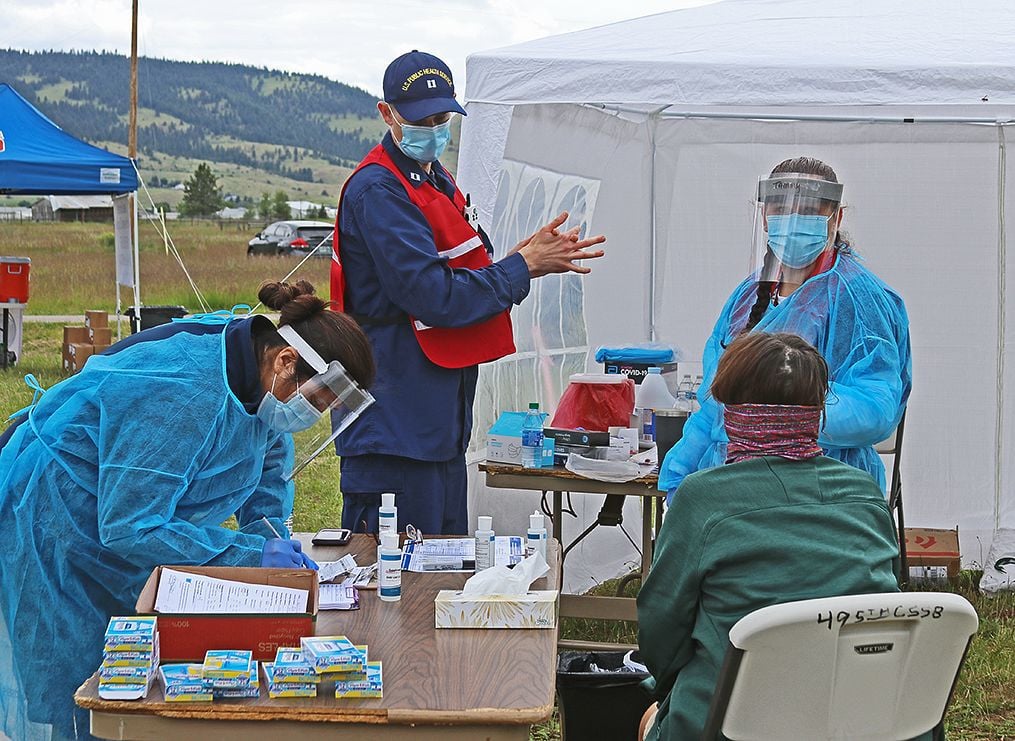 The walk-in COVID-19 station at Arlee was a quick way to get tested. 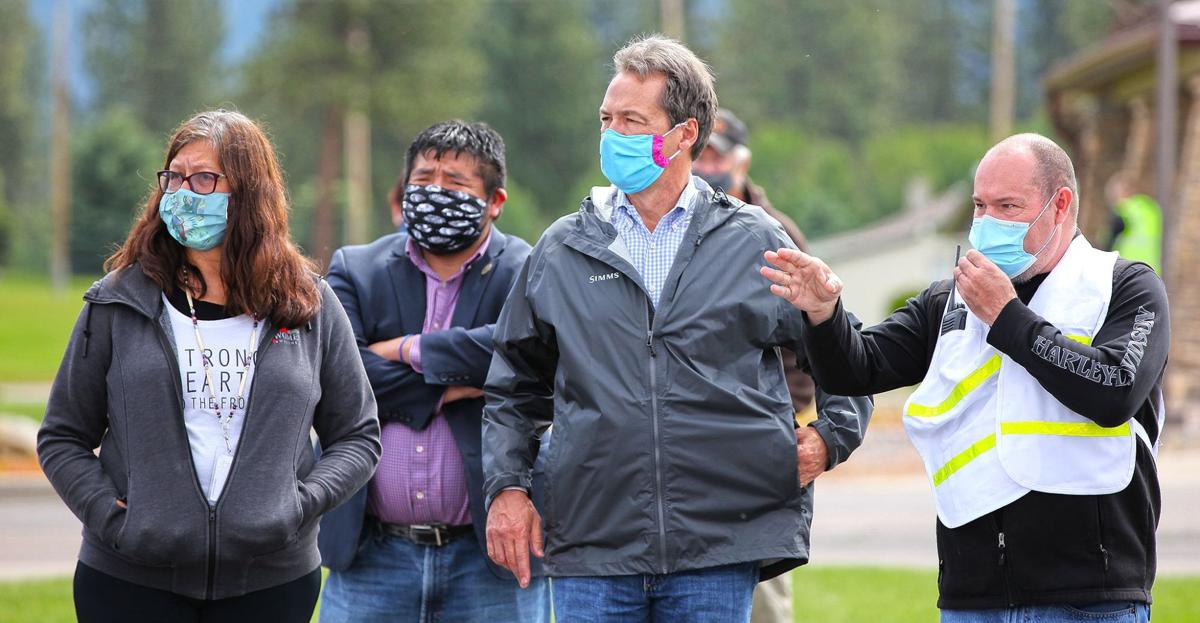 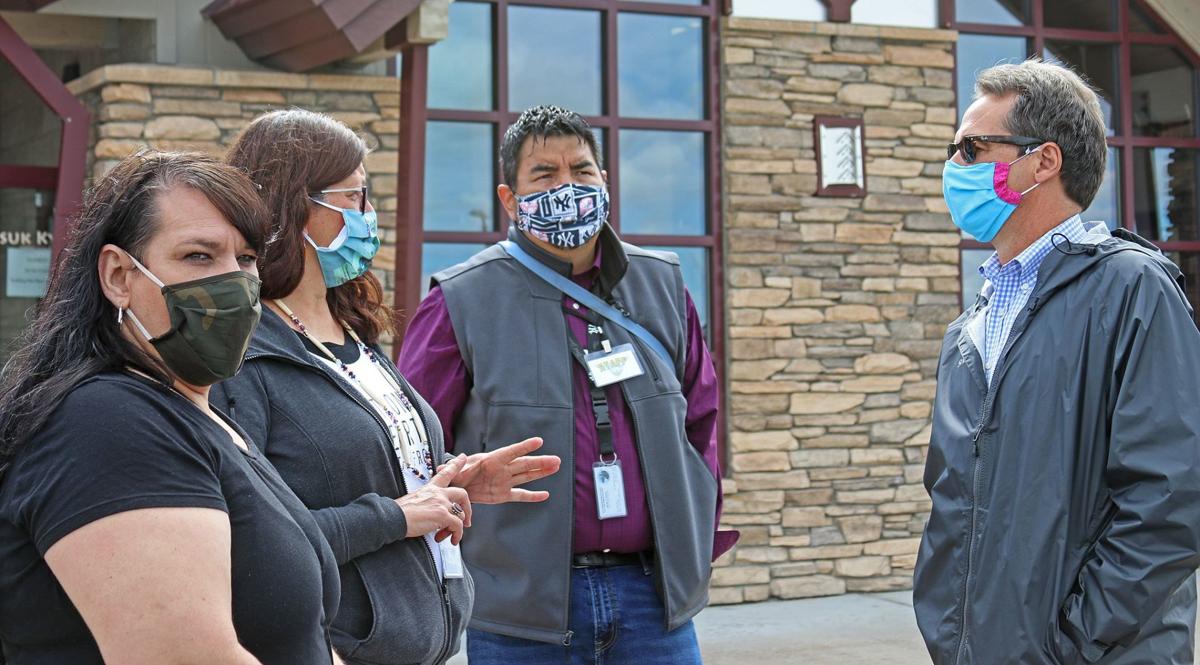 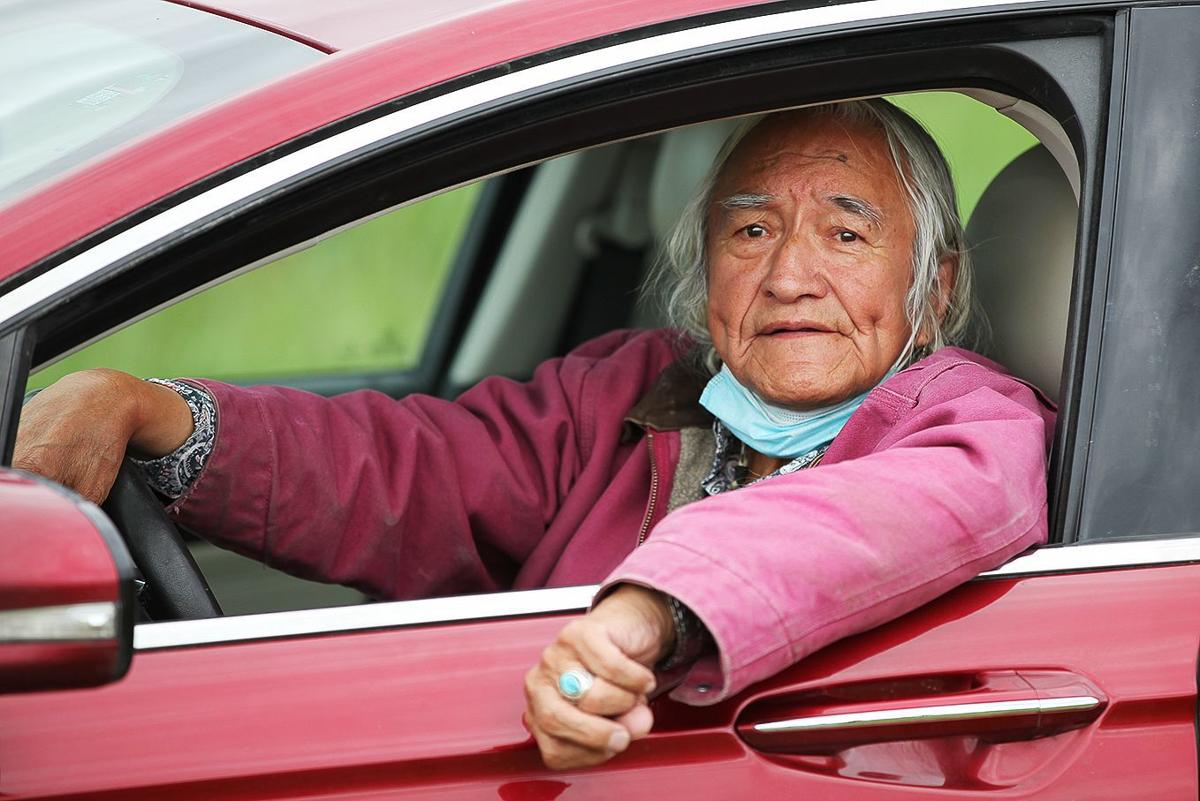 QÍispé Elder Stephen SmallSalmon has the “Do you know the way to San Jose” look as he gets close to the COVID-19 testing site. 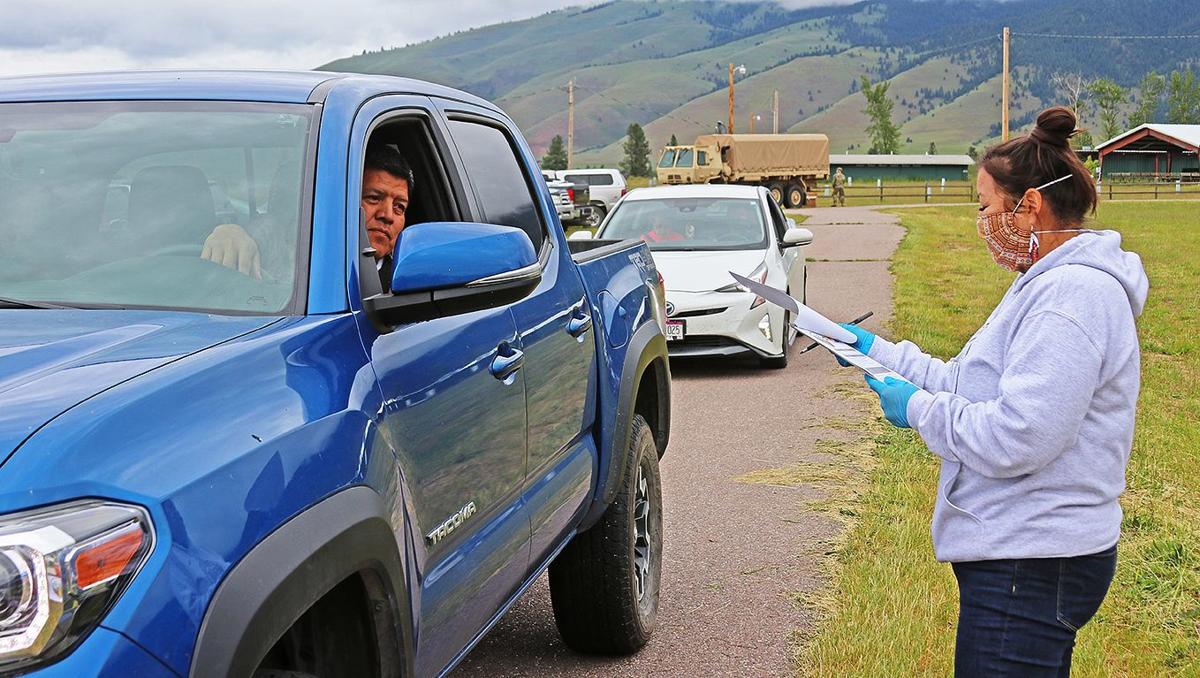 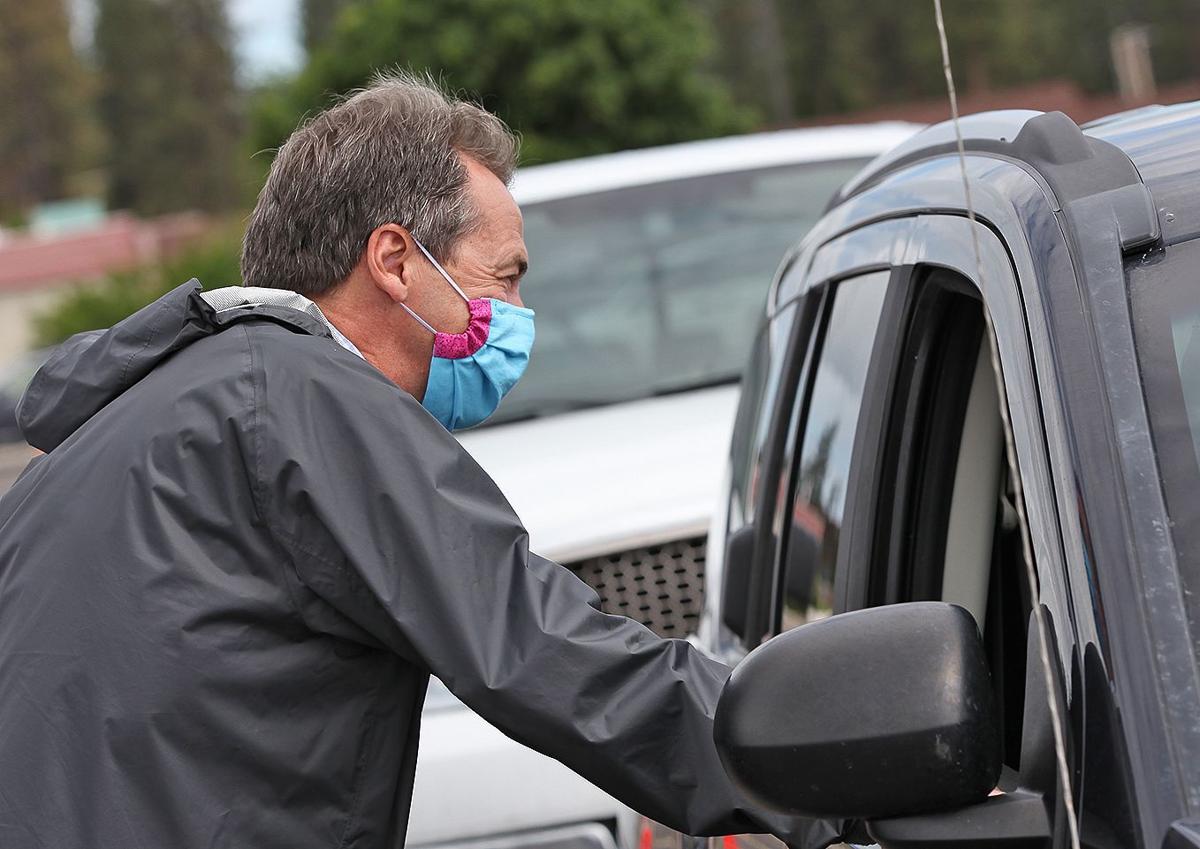 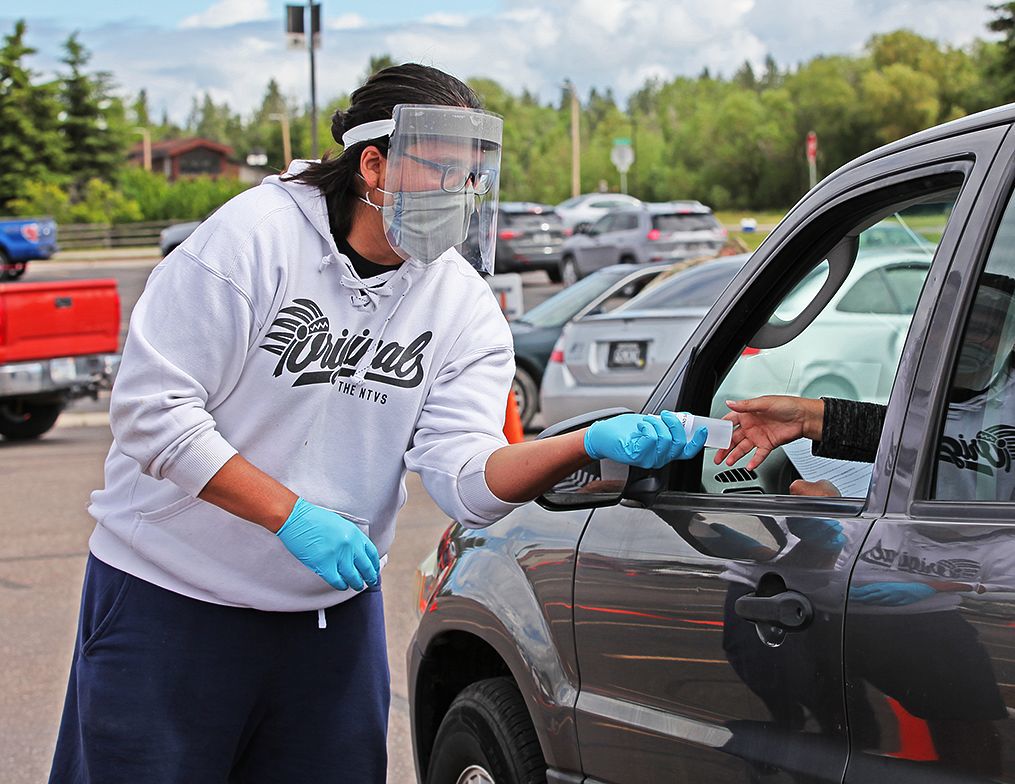 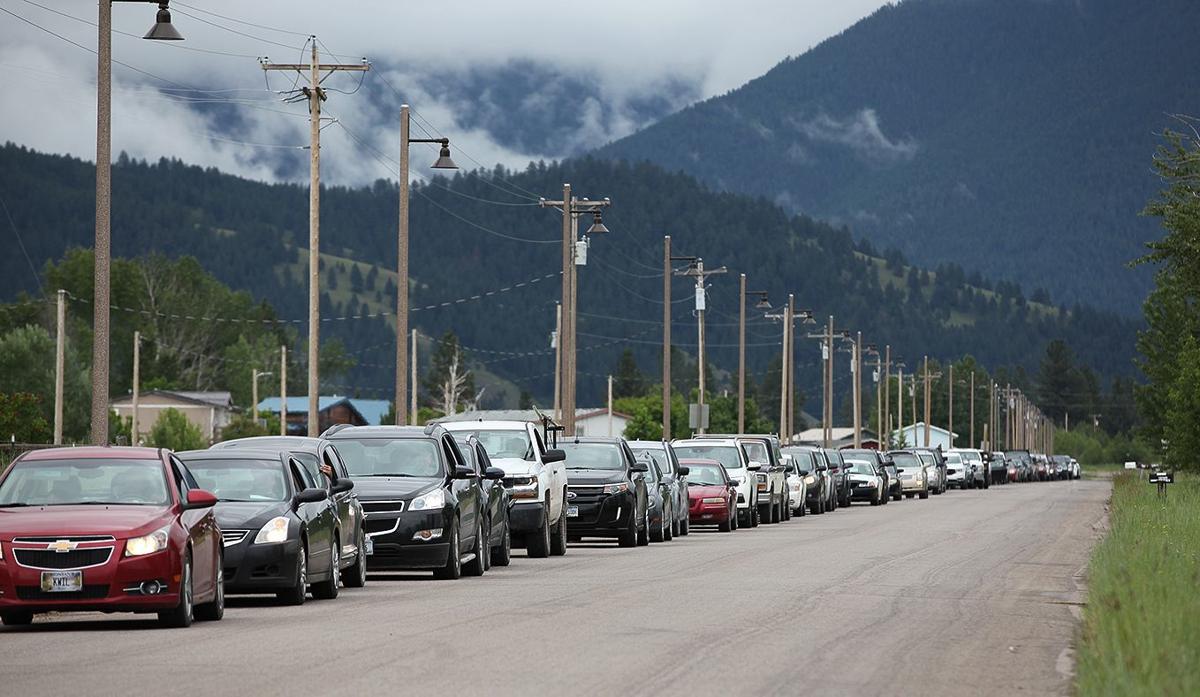 The vehicle line on Powwow Road was a tad long at the Arlee COVID-19 testing site, the Arlee Celebration Grounds.

Gov. Steve Bullock gets a close-up view of some of the COVID-19 stations at Pablo.

The vehicle line on Powwow Road was a tad long at the Arlee COVID-19 testing site, the Arlee Celebration Grounds.

FLATHEAD RESERVATION — The four days of COVID-19 testing on the Flathead Indian Reservation completed the State of Montana’s effort to test citizens of the eight Tribal Nations in Montana. Over the last couple of months COVID-19 testing conducted by Governor Steve Bullock’s administration visited the other six reservations and the Little Shell Tribe in Great Falls.

Approximately 7,500 tests have been performed in the tribal communities prior to the tests being conducted on the Flathead Rez.

So far 74,000 COVID-19 tests have been conducted in Montana, and there have been 21 deaths. Flathead Reservation/Lake County have had a total of 12 cases diagnosed.

Flathead Nation Tribal Council Chairwoman Shelly Fyant said the collaborative among the various entities was a good example of how various like-minded service agencies, governments, healthcare providers as well as divergent political entities can cooperatively work together for the betterment of the public good within the shared sphere of influence.

“The cooperation between Lake County and the Tribes (CSKT) through this procedure will help us better understand each other in the future with other important issues we have to deal with together,” Fyant said, about the importance of mutual cooperation between the two often at loggerheads political entities over jurisdictional, social and economic issues.

“I have to deal with a lot of people at the Longhouse,” Alexander said. “I am doing this for them and the people I work with, the Elders. Tony (Incashola), Shirley (Trahan) and Tom (Smith) are all Elders.

“I really appreciate that the testing is being done, we need this. It’s nice that they are having this on the reservation,” he said. “The virus is pretty bad. It’s here and it’s all over the world. It’s nothing to play with, I hate see it hit anyone. We have to get it under control.

“I feel relieved that I got this done. It was a bit uncomfortable but not bad, my eyes are still watering,” Alexander said. “This is free to everyone, That’s pretty cool. Everyone should get a test for their safety and the safety of the people around them.”

Greg Gould of Salish Kootenai College, Chief of Operations of the Joint Committee responsible for the four-day COVID-19 testing event on the Flathead Reservation said it took a large team of people with various important roles to make the event a success.

“The logistics was the biggest deal. It takes a lot of time to coordinate something like this,” Gould said. “It took three weeks of fulltime work to coordinate the site locations and get our message out with the help medical and private sector, and the National Guard. The Tribes (CSKT) implemented the process support of non-profit grassroots entities like the Flathead Reservation Community Action.

“I knew this would be popular, that people would come,” Gould said. “The size of the crowd is an affirmation of that.”

The crowds were even larger at Pablo Thursday on the Salish Kootenai College Dr. Joe McDonald Heath and Activities Center parking lot. Vehicle lines snaked way back onto the campus. But like the day before in Arlee things quieted down in the early afternoon and the wait wasn’t long at all. The same scenario happened in Polson Friday, although storms caused an early afternoon shutdown, and Saturday in Elmo.

Gould likened the large Pablo turnout to a party. And for folks starved of public gathering interaction it sure had the feel that included the participation by some A-list public officials. Governor Steve Bullock as well as the commander of the Montana National Guard Major General Matthew T. Quinn came to SKC to check out the happenings.

Gould said the message he got from the large crowd was that they got the message and are getting testing for personal safety and the personal responsibility to protect other family members and public at large.

“What’s cool about this is all the cooperation among all the various entities involved,” Bullock said. “We want to make sure everybody in every community is tested. We do have the lowest per capita number of positive tests in the country and deaths.”

Despite the recent spike in COVID-19 cases after the state lifted some restrictions at the first part of the month, he said he was wary of reinstating strict restrictions.

Bullock said COVID-19 is not going away anytime soon and the public has to be aware of that and take the appropriate precautions.

“Everyone has a roll in this, they have to take that seriously to minimize the risk,” he said. “We’re tired of this virus. We’ve got to figure out how to live with this virus in our midst.”

Bullock said the ongoing testing is important for mitigating the spread of COVID-19, thus easy people’s fears that, at least for the present, a negative test would assuage personal worries.

“It’s been a long haul for everyone. But we are at this level now because we’ve taken it seriously,” Bullock said. “So now we need to encourage people to continue to take it seriously. Because the virus is still in our midst.”