You are the owner of this article.
Edit Article Add New Article
You have permission to edit this article.
Edit
Home
News
What's Happening
Weather
Classifieds
Obituaries
Cradleboard News
Features
Wallpapers
Links
1 of 5 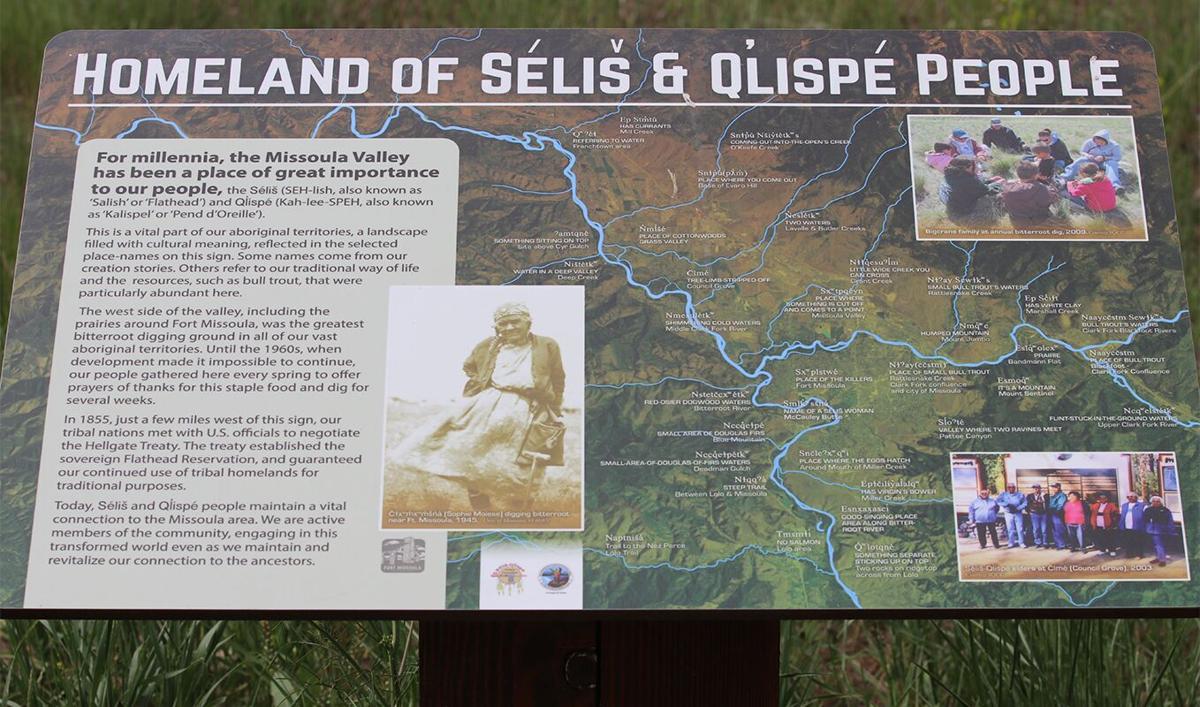 Place-name signs, like this one in the Missoula City County Regional Park are located throughout western Montana. 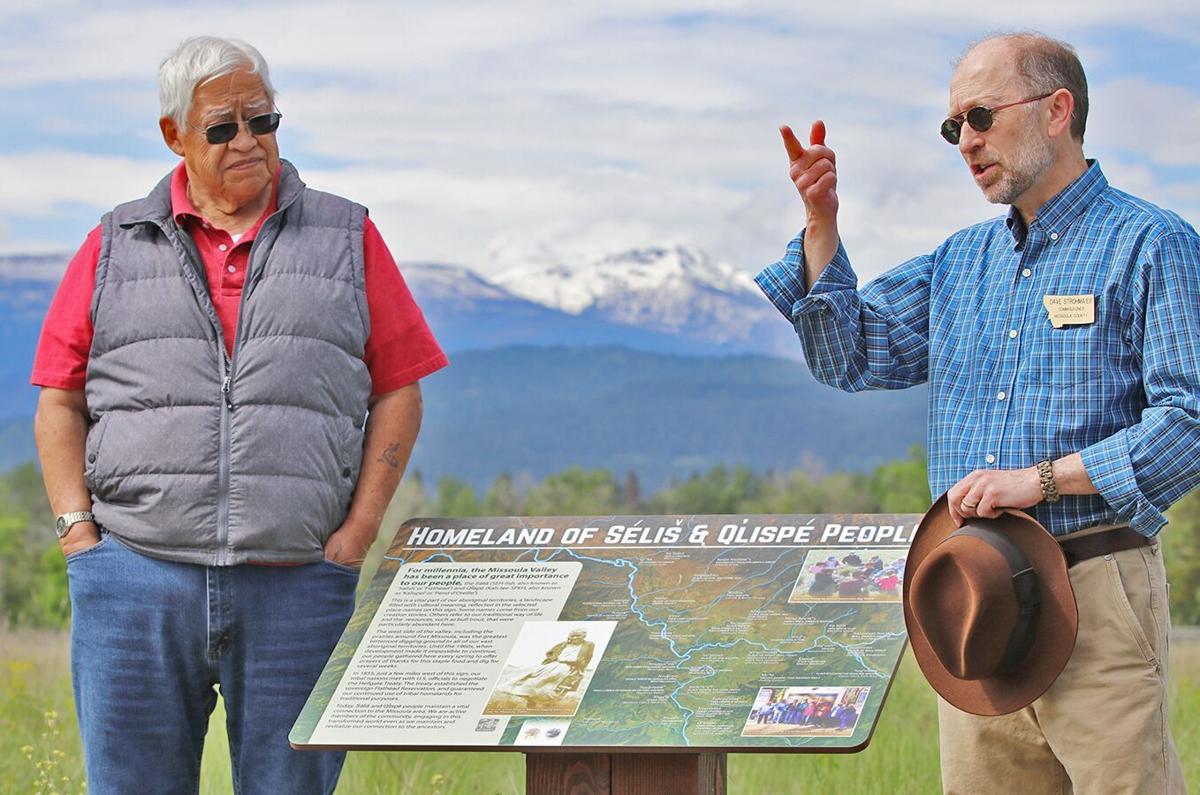 Missoula County Commissioner Dave Strohmaier, a major push behind the positive relationship between the CSKT and MCC, talks about the importance of recognizing the aboriginal inhabitants’ history and culture in the summer of 2018. 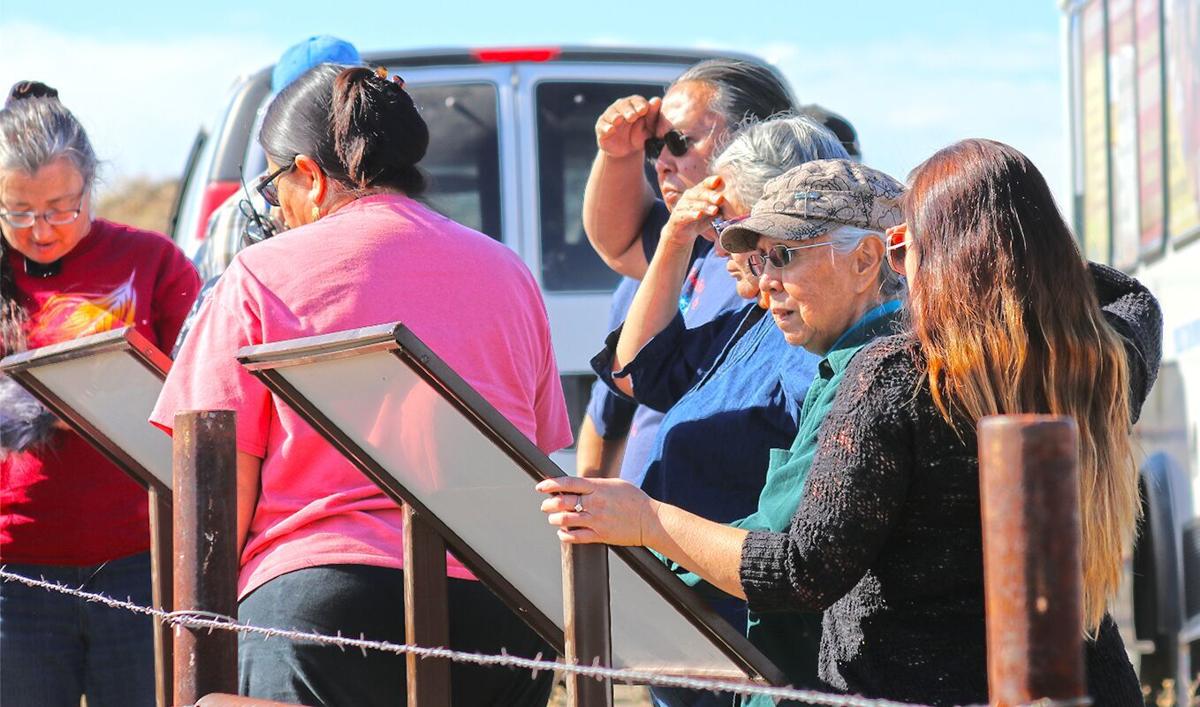 Tribal folks, including Frances Vanderburg, check out the Salish place-name signage near Drummond in 2018. 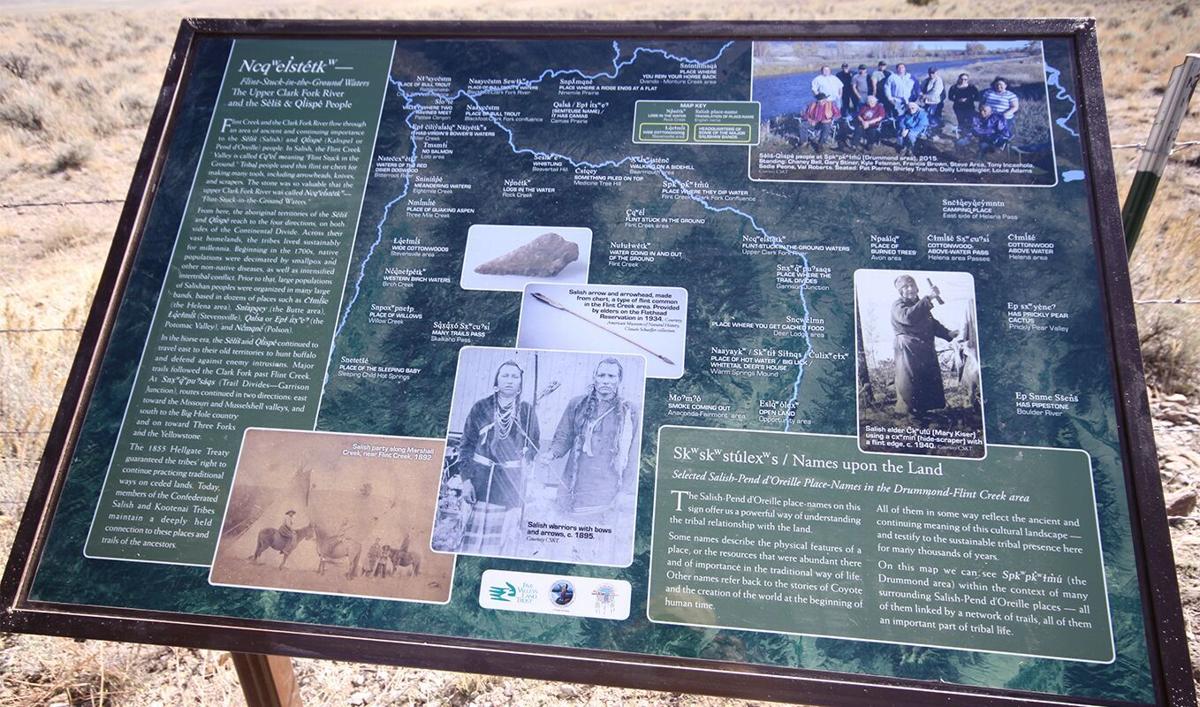 The Salish place-name signage near Drummond that was dedicated nearly five years ago. 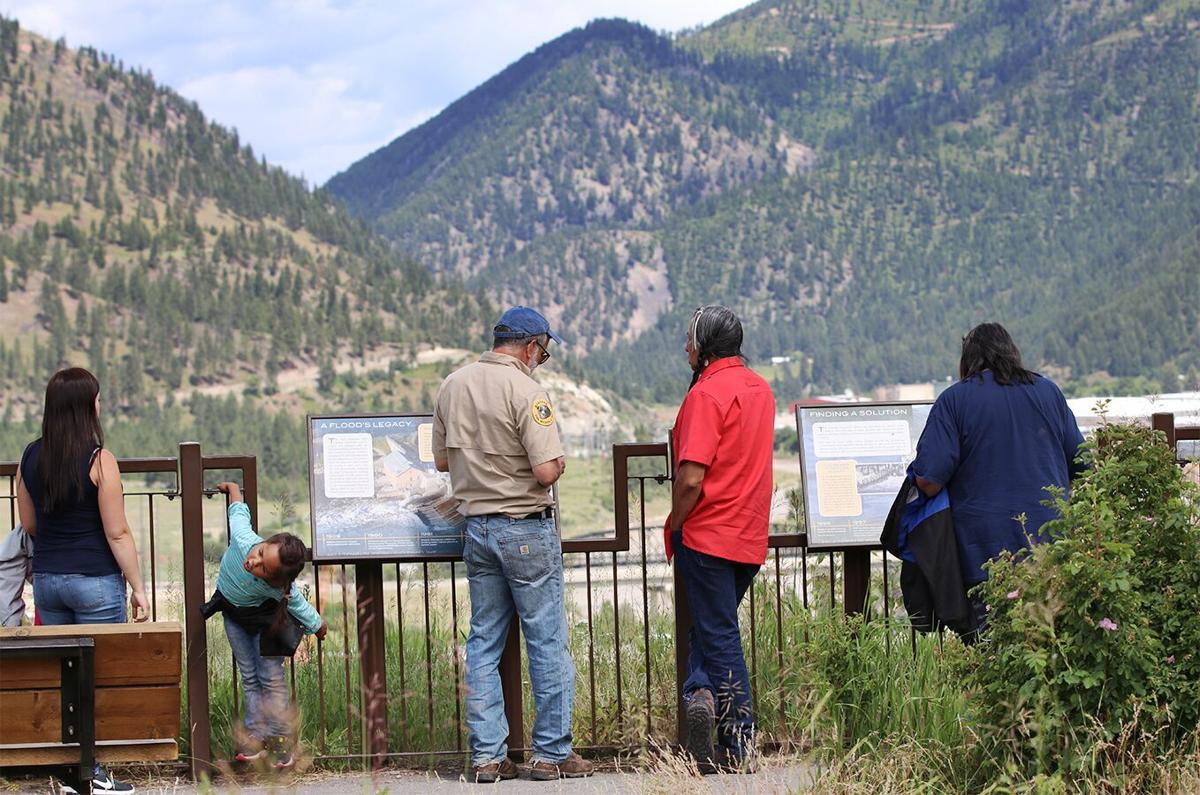 The Milltown State Park Overlook Salish place-name signage was dedicated in the summer of 2018.

ST. IGNATIUS — The indelible footprints of the Ancestors of the Séliš and Ql̓ispé people are impressed on the landscape throughout much of Montana, be it the mountains and valleys of western Montana or the eastern Montana plains. Those Ancestral footprints that were seasonally laid en route to hunt, fish, trap and gather were more than sustenance for the body, they also fed the soul of the person and nourished the spirit of the people. Along the route familiar areas were established that the Ancestral sustenance sojourners returned to season after season, year after year after year. Those areas were given names — place names, those areas had stories, those stories were passed down through the generations.

The lore of those long passed times eventually intersected with modern times, when in 1975 the Séliš n Ql̓ispé Culture Committee began recording the stories that were passed down to the Elders of the time. The result, heretofore, is approximately 1,500 hours of cassette tape recordings as well as numerous hours of video recording of Elders dusting off their memories that are now as indelible as the Ancestral lore. As a result of the SQCC has documented around 1,500 Salish place names throughout the territory of the Salish people.

In the words of SQCC Director Tony Incashola: “Place names are more than just names of places. There is more to it than that. Place names are more of a description of the place. All of our place names have meaning and they range from about 60 miles east of what is now Billings to the Yellowstone area, the Canadian border and eastern Washington. Our Elders say, if we have a name for it, then we were there and we had a use for that place. If it doesn’t have a name, we might have passed through, but we never stayed long enough to give it a name.”

Those place names have, among other things, resulted in a series of place name signage that have been placed at various locations in western Montana. The Séliš n Ql̓ispé Ethnogeographic Signs Initiative (SQESI) has now completed signage in 10 of 22 planned areas in the Salish aboriginal territory.

Tom Smith, coordinator of Tribal History and Ethnogeography projects said signage is being prepared for the former Rattlesnake Dam area and the Grant Creek pedestrian trail.

The SQCC recently released its Séliš-Ql̓ispé Ethnogeography Project brochure that contains information about the project. It also offers for sale, vinyl and paper reproductions of the name place signage that dot the landscape throughout western Montana, as well as a portfolio of the SQESI. The prices are related to the size and media of the signage.