Staff and members of the Boys and Girls Club greet Senator Daines as he visits their facility. 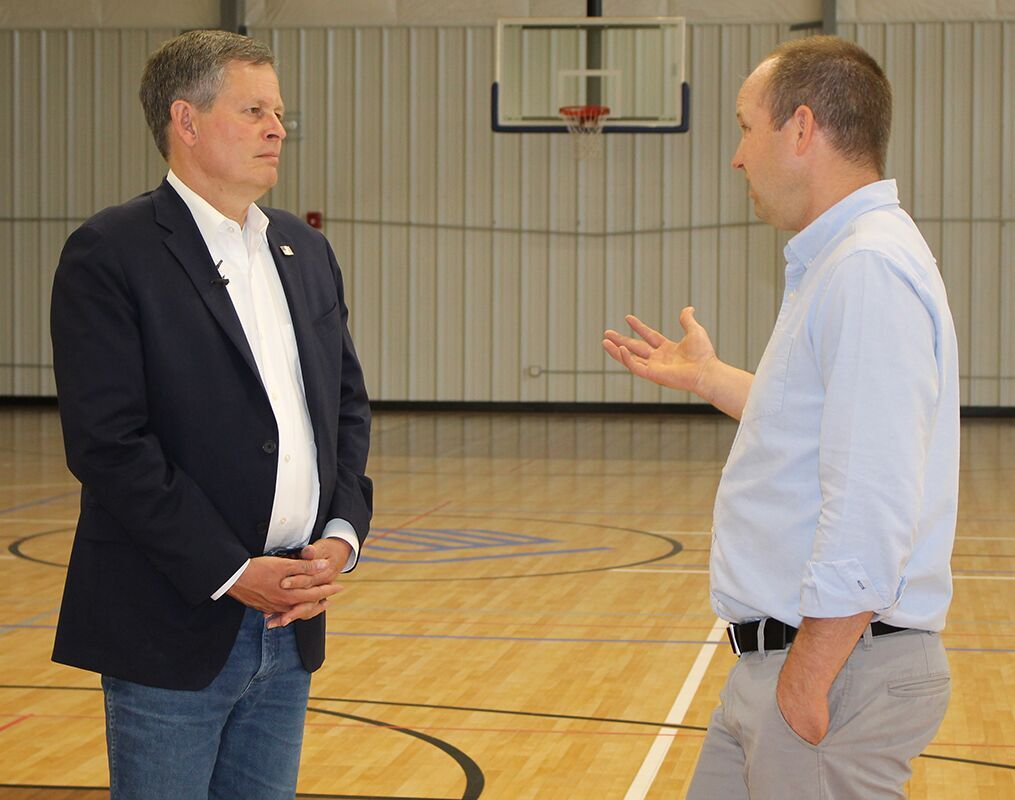 The well-mannered Boys and Girls Club members were given the opportunity to participate in a Q&A session with Senator Daines.

Members of the Boys and Girls Club ask Senator Daines to pose for a photograph with them, which he gladly does.

POLSON — On June 3, Senator Daines, R-Mont., visited to the Boys and Girls Club of the Flathead Reservation and Lake County to see the new development and current situation.

Aric Cooksley, CEO, and the Boys and Girls Club staff gave Daines a tour of the building, which helped Daines understand why the BGC exists. He engaged the children with a Q&A session following the tour —the kids were overjoyed to see Daines.

“We wanted Senator Daines to see the club and see the amazing gift our community has given us,” Cooksley said, “but we also wanted kids to realize that someone like Senator Daines cares about who they are and who they become.”

Daines was impressed by the facility and honored to meet some of the children. Daines voiced concern for future generations and expressed gratitude that facilities such as the BGC exist in Montana, which he described Polson’s facility as one of the best in the country.

“What is the reason for you coming down here to just talk to a bunch of kids,” one of the kids asked. Daines laughed and said, “As a father of four and grandfather of two, I am increasingly passionate about the coming up of the next generation.” Daines told them that they are only a few years away from voting and leading their communities and countries. “I was very thankful when I was a young person, I had adults in my life who cared about me, and invested in me,” he said.

Cooksley said that the Flathead Nation Tribal Council has done an outstanding job collaborating with the BGC to better serve the community’s children. “I can’t tell you how amazing the Council has been in supporting and investing in kids in the community,” he said. 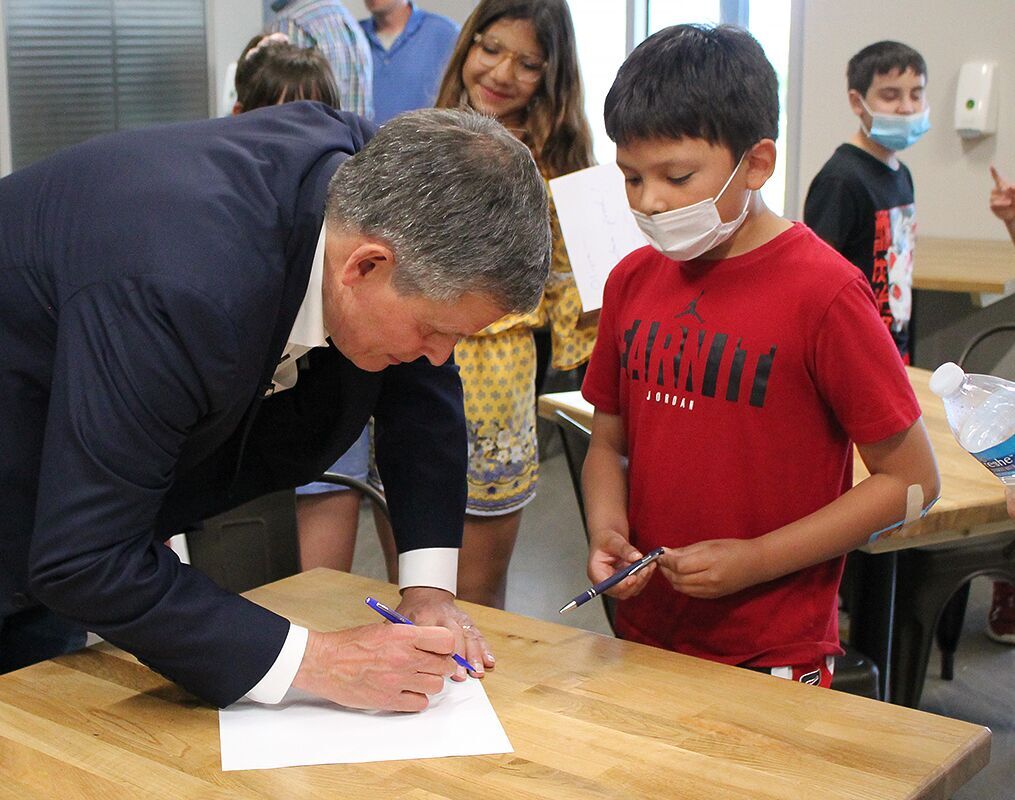 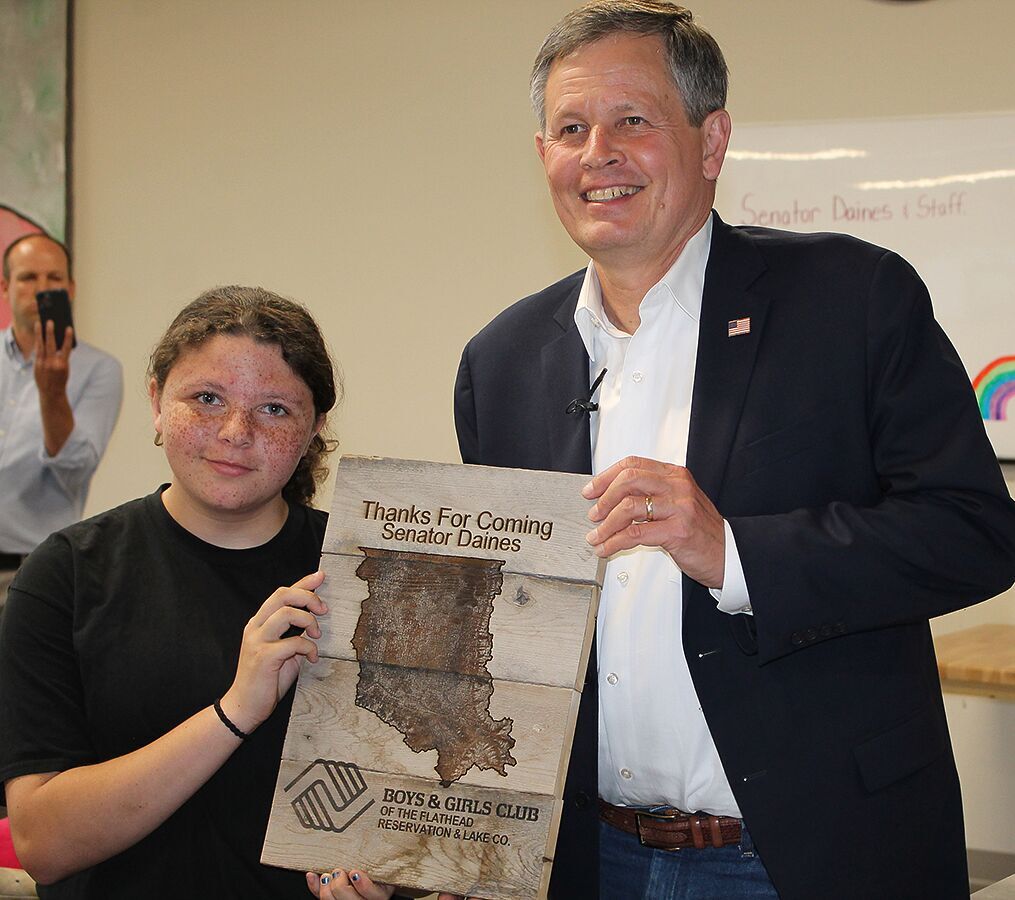 Members of the Boys and Girls Club surprised Senator Daines with a gift they made for him, which he plans to display in his office in Washington, D.C. 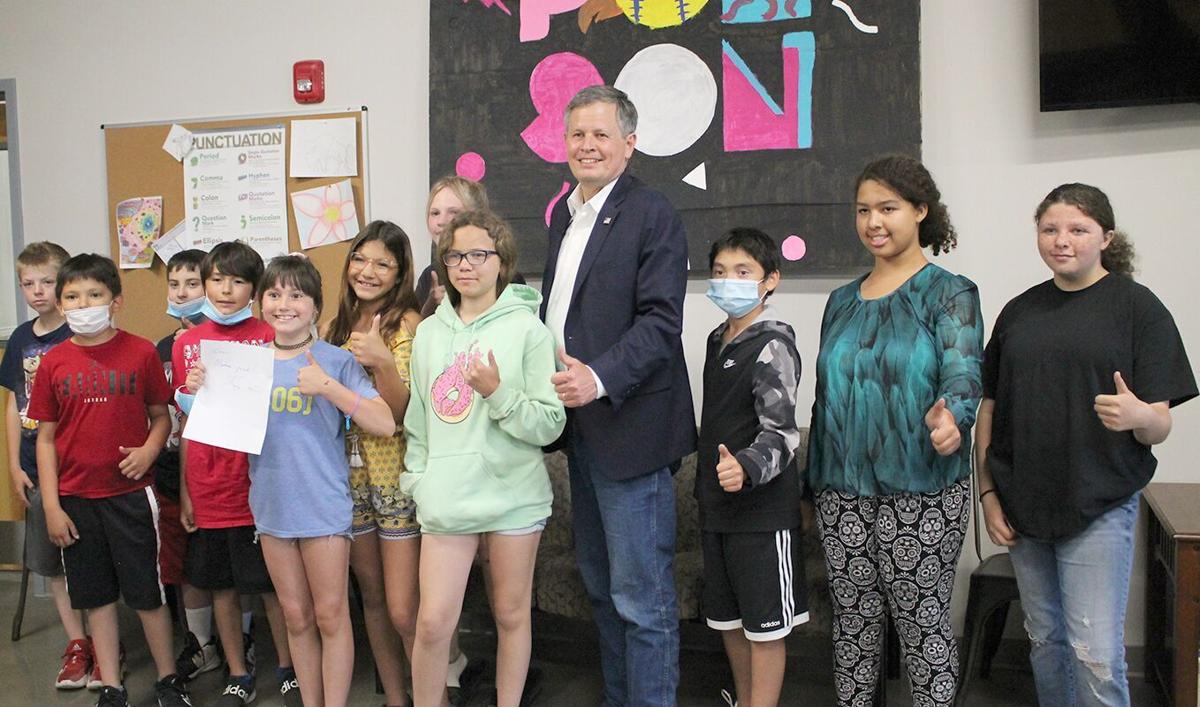 Members of the Boys and Girls Club surprised Senator Daines with a gift they made for him, which he plans to display in his office in Washington, D.C.

BCG has three primary goals for the children: To be able to achieve academic success; develop a leadership character; and develop a healthy lifestyle.

Cooksley said that there are a lot of kids looking for a place to belong and a place where people believe in them, as well as an opportunity for the kids to believe in themselves. The BGC contributes by investing in the kids and their future, to help them become a person they are proud of, and their community is proud of.

The last five years have been monumental for the children in the community; BGC has seen a steady increase in the number of hours served for children, thanks in large part to the expansion of the facilities in Ronan and Polson, and increased programming opportunities. Kids are coming in greater numbers and staying longer than ever before; 2021 will be the most impactful year yet, with an estimated 175,000 attended hours for all members. The BGC has had the privilege of witnessing changes in the children who attend, resulting from their choices and attitudes toward life.