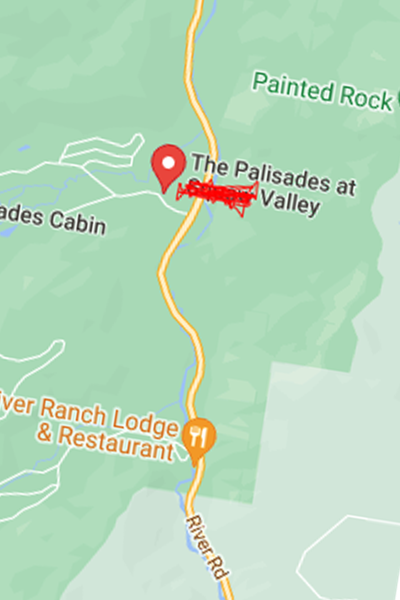 PALISADE TAHOE, CA — Indigenous People, activists, organizations and communities, among others, are working to raise awareness about offensive names and, in certain cases, to change them, such as Squaw Valley Ski Resort to Palisades Tahoe.

Dee Byrne, President and Chief Operating Officer of Palisades Tahoe, stated in a letter on September 13, 2021, “Though we will refer to these mountains under a new name, Palisades Tahoe is an undeniable representation of the freedom and progression born of these peaks. Our new logo, an eagle set among two towering peaks, represents the freedom that has defined generations of people who called these mountains home. The freedom to push boundaries, as well as the freedom to come as you are, at any ability level. We want the world to know the welcoming and inclusive spirit of a place where you don’t have to have an Olympic medal to feel like a hero. A place that makes everyone feel like a legend.”

“At the end of the day, ‘squaw’ is a hurtful word, and we are not hurtful people,” Byrne said. “It was a change that needed to be made for us to continue to hold our heads high as a leader in our industry and community. We have a well-earned reputation as a progressive resort at the forefront of ski culture, and progress can’t happen without change.”

Patricia Hibbeler, an enrolled member of the Confederated Salish and Kootenai Tribes and Chief Executive Officer of the Phoenix, Arizona Indian Center, was instrumental in the Palisades Tahoe name change. She contributes to shedding light on the “S” word.

“As far back as the late 1700s and early 1800s with the arrival of the fur traders, that was really, I believe, the first connotation of the “S” word. It was negative in the way they used and coined it,” Hibbeler said. “According to the literature and research, the names began to change and became negative in how they were used to refer to Native American women. I believe that has only grown over time.”

There has been a lot of research done on the youth and how they feel about the “S” word. Negative connotation words, such as the “S” word, have a negative impact on young people’s self-esteem and mental health.

“In my opinion, it makes sense to change it, to rename those properties and streets to something more positive that our youth can identify with,” Hibbeler said. “When you can link the “S” word to suicide, anxiety, and depression in our youth, it’s almost a no-brainer that we should change the name.”

According to William Bright’s academic research The Sociolinguistics of the “S- Word”: Squaw in American Placenames at the University of Colorado there are three types of arguments against the term. The first argument is that the term “squaw” derives from a Mohawk word for female genitalia. Linguistic data, however, shows that it is derived from a New England Massachusetts word for “woman.” The second argument is that the term “squaw” is universally offensive to Indigenous groups in America and the First Nations because it has been used in a derogatory context for hundreds of years. The third argument is that the word “squaw” is as offensive to Natives as it is to African Americans and the “N” word (2000).

Other arguments conclude that the word was once innocent. It was either never used in ndigenous languages or was made up from Indigenous words. It merely meant “female” or “women.” However, it is now widely considered an offensive word.

According to Debra Merskin’s article, The S-Word: Discourse, Stereotypes, and American Indian Women from The Harvard Journal of Communications, there are three synergistic categories for squaw stereotypes. 1) as a title in novels, histories, television shows, and films; 2) as a given name for roads, creeks, buttes, and peaks; and 3) as a recognizable image in photographs, art, and advertising.

Due to space constraints, an extensive examination of the many examples of the squaw stereotype is not possible; thus, illustrative examples are used. Together, these cultural expressions, presented through images and words of white society, reinforce public perceptions of what constitutes female Indianness and the place of Indigenous women in a simultaneously romanticized and demonized past. (2010).

It’s not just about the name; it’s about reclaiming Indigenous women’s identities and stopping the harm that connects to a word and its meaning. Such words can have an effect on the youth, and women by encouraging mistreatment or abuse.

According to the Indian Law Resource Center, violence against Indigenous women in the United States has reached alarming proportions on tribal lands and in Alaska Native villages. More than four out of every five American Indian and Alaska Native women have experienced violence, and more than one out of every two have experienced sexual violence. Alaska Native women continue to face the highest rate of forcible sexual assault and have reported rates of domestic violence that are up to ten times higher than the rest of the country. https://indianlaw.org/issue/ending-violence-against-native-women

“Here in Phoenix, our movement was to change the “S” word; we have a peak here in inner city Phoenix that was named “S” word Peak; it is a very popular hiking destination,” Hibbeler said. “This was our first movement in the city to change the name from “S” word peak to Piestewa Peak.”

Lori Piestewa embodied everything positive about an American Indian woman. Piestewa, a Hopi tribal member, was the first Native American woman in history known to have died in combat while serving in the United States military during the Afghanistan War. “Through city council, we were able to change that name, as well as the street that leads up to the peak,” Hibbeler said.

To change the name of the street, the majority of residents had to agree. “It took a long time and a lot of educating and informing the council and home owners on that street,” Hibbeler said.

The city eventually looked at those terms, and went through the process where council members could make that decision without the approval of the people who lived on the street. “It took several years, there were protests, and there were meetings with the city of Phoenix 20 years ago,” Hibbeler explained. “We have only been able to change it in the last couple of years; it is a long and laborious process.”

“Even though the words were not originally offensive when used in tribal languages, they have become offensive over time, which really began in the fur trading days and has continued ever since,” Hibbeler said.

“We need to move away from the “S” word being an ethic and sexual slur,” Hibbeler said. “Removing the word from our vocabulary, places, and so on changes the connotation of the “S” word in the future.”

As people agree that names like “squaw” are offensive and decide to rename resorts like “Squaw Valley” to Palisades Tahoe, people are forced to ask ‘Why,’ which encourages people who are unfamiliar with the word and its history and meaning to look into it. It, like the Missing and Murdered Indigenous Women’s Movement, begins small but grows. For the Native community, raising awareness is only the beginning. Changing names and recognizing MMIW on May 5, as a National Awareness Day is a good place to start.