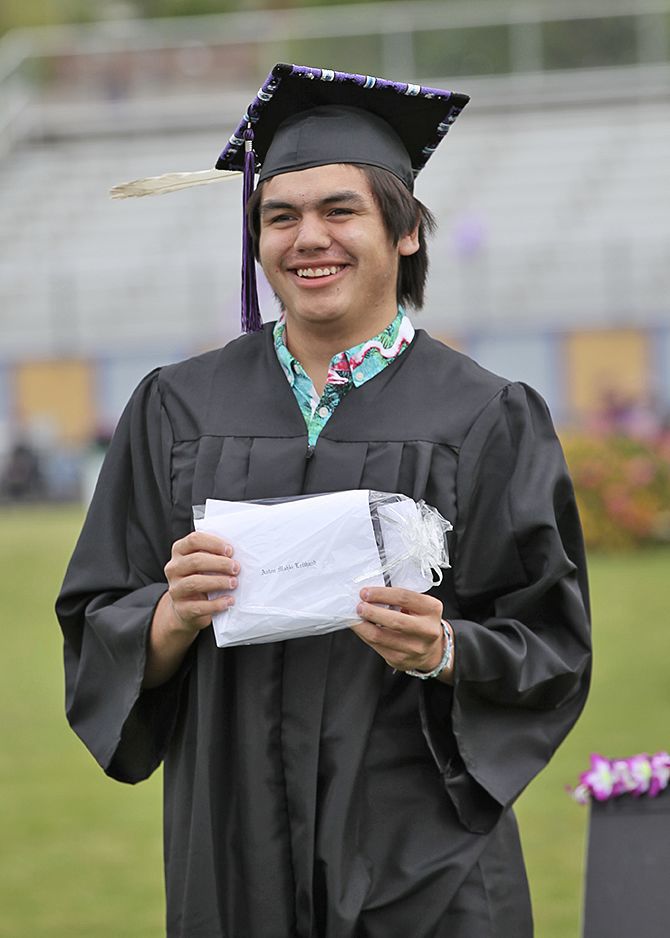 Anton Lefthand poses for family with diploma in hand.

Graduate Hailee Crumley waves to the photographer with mother Mary Charlo, grandmother Jan Charlo, brother Josh Crumley and cousin Joan at her back. 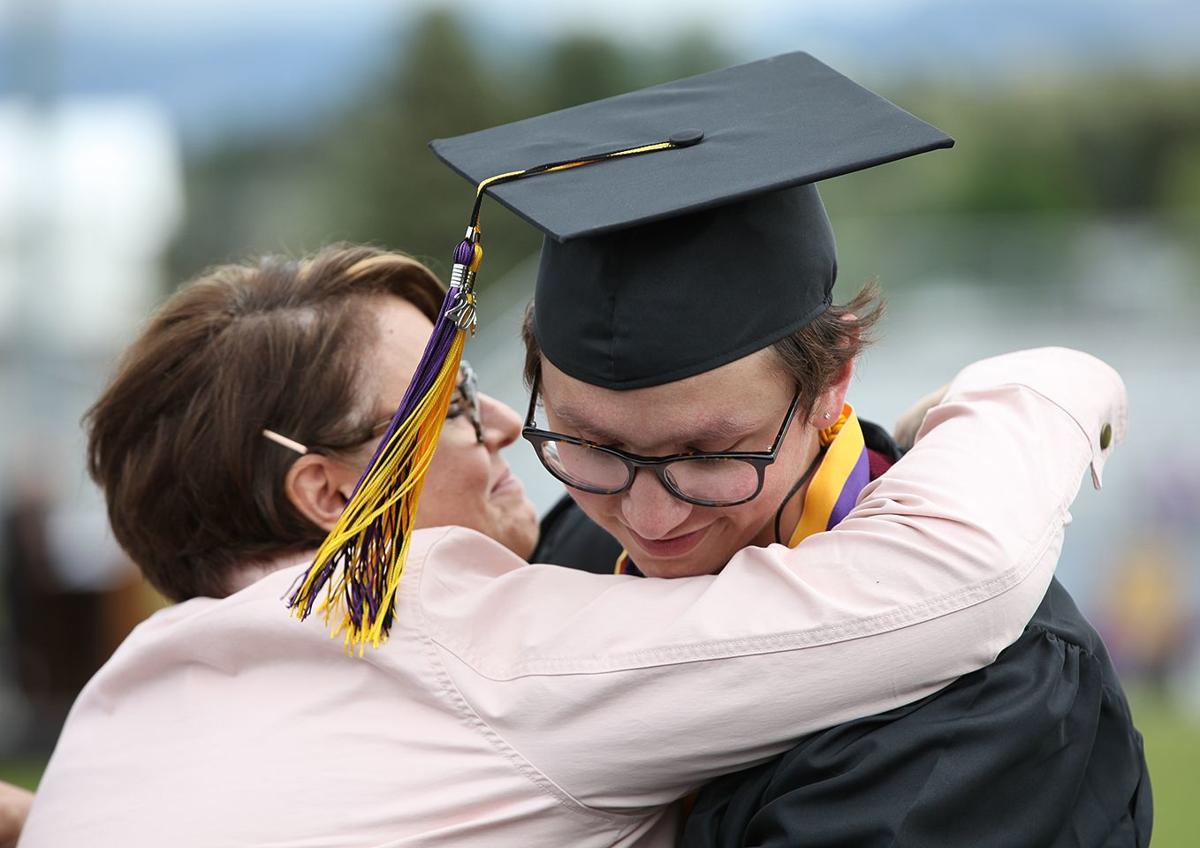 It was a beautiful backdrop at the PHS graduation fest.

The senior procession was a 400-meter walk around the track at the PHS football field.

POLSON — Clouds of many variations have hung low over all the 2020 high school graduation ceremonies along Highway 93 from Arlee to Polson these past three weekends. Some had big holes to allow the sunshine through, others closed off the blue skies threatening rain and chilling the air, and another opened its pores a bit to gently rain down on the ceremonial festivities. Normally not a big deal, however this year, a much darker cloud has hung over the area, in fact the entire globe. That dark encompassing-all microscopic cloud is COVID-19, it is all over but we can’t see, can’t feel it unless it touches us. It has put a major hitch in the giddy-up on all things small and large. That includes holding the graduation ceremonies outdoors, and not for the coronavirus it’s not a bad arena and might gain traction for the annual event.

And, so it was, Sunday in Polson as a steady breeze and dark cloud cover chilled the air but didn’t rain on the Polson High School Class of 2020 graduation ceremony. The show went on at the PHS football field, and like the preceding outdoor graduation ceremonies it had a different feel with the outdoor ambiance. The graduates were spaced around the entire track, with their four invited guests seated directly behind them. It felt very gargantuan, it felt personal.

Following a performance by the PHS band, opening speech and welcoming the graduates arose from their chairs and paraded around the track to Pomp and Circumstance until they reached their chairs again. Then the National Anthem was played and the Chief Cliff Drum sang an Honor Song.

The Salutatorian Trey Kelley, and Valedictorians Violet Anderson, Joseph McDonald, Mesa McKee, Josie Salois, Gwen Seeley and Davis Smith were then introduced, and recognized. They didn’t give any addresses but they are posted on the PHS Facebook page.

PHS student Kyle Dunn gave the commencement address. He advised the graduates to drown out the “noise” of the pandemic and meet fear head on. “The only thing you control is your attitudes and actions,” Dunn said, adding that control of their individual responses is the best way to deal with the unforeseen circumstances of life.

It’s a drastically different world now than what it was when they entered their senior year — that’s how fast things can change in life. However, this is a monumental change. We are all in that different world and maybe some of these young graduates could be the ones that help restore some good ol’ fashion normalcy of life — they are the future of that hope.