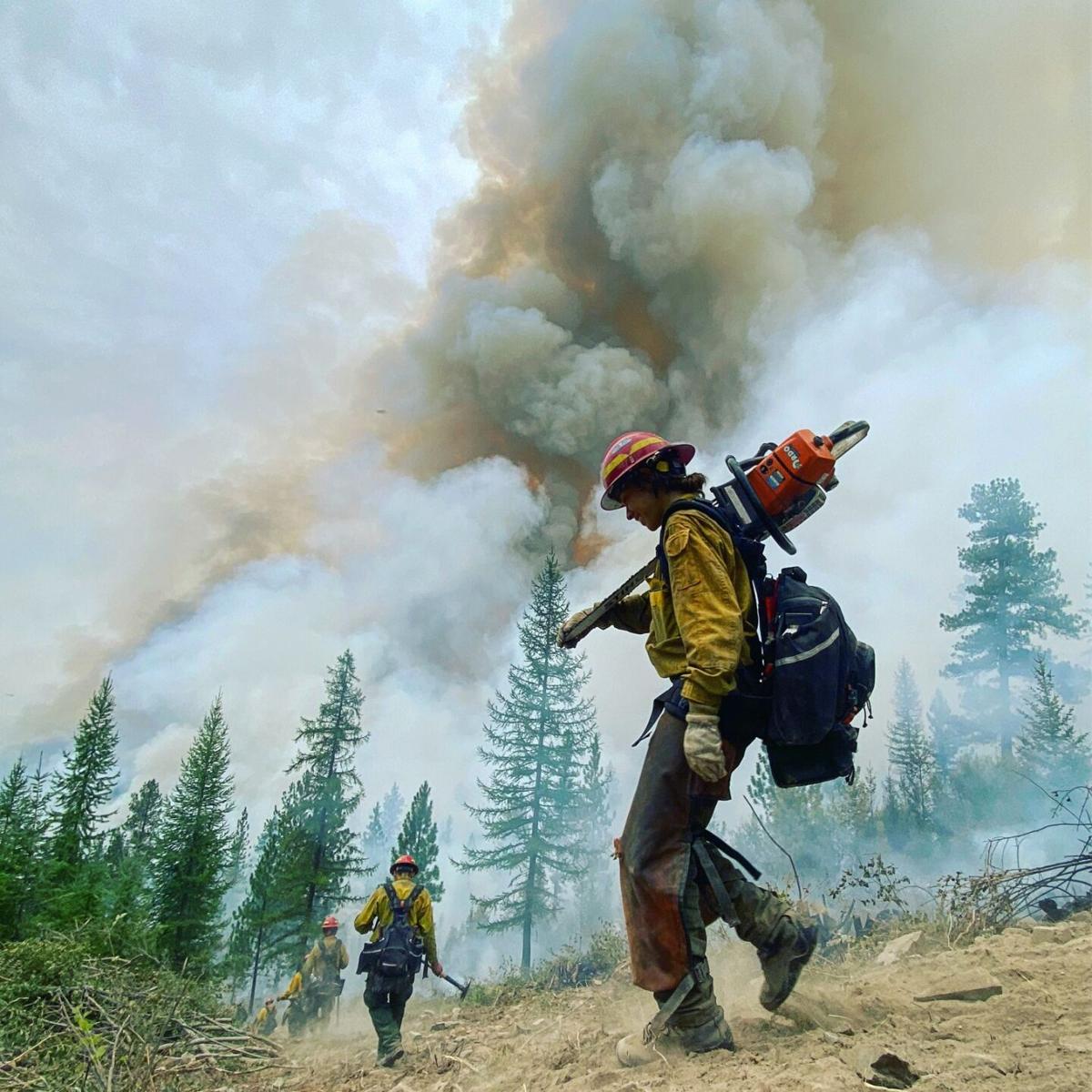 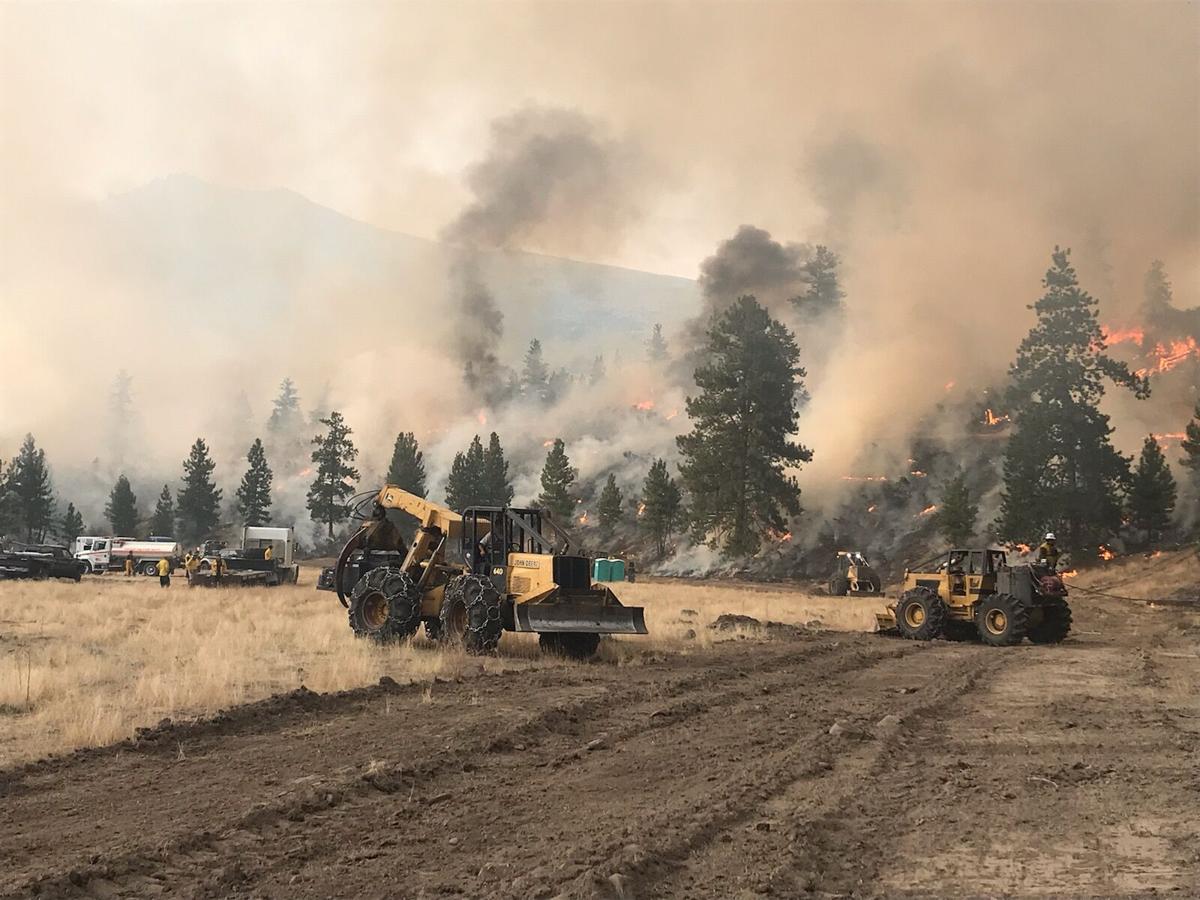 Tribal leaders have worked to keep the coronavirus off their reservations because of its deadly impact on Native populations. But careful avoidance of the COVID virus has handcuffed the tribes as they face a devastating fire season.

When the first fire of the season broke out on the Hoopa Valley Reservation in Northern California in July, Greg Moon faced a dilemma.

As Hoopa’s fire chief and its pandemic team leader, Moon feared the impact of the blaze on the dense coniferous forests of the reservation, near Redwood National and State Parks, where 3,000 tribal members depend on steelhead trout and coho salmon fishing. He was even more terrified of a deadly viral outbreak in his tribe, which closed its land to visitors in March.

“We're a high-risk community because we have a lot of diabetes, heart disease and elders that live in multigenerational homes. If a young person gets it, the whole household is going to get it,” Moon said.

Eventually, the three major blazes that burned nearly 100,000 acres around Hoopa were too much for the tribe’s 25-member fire team. Moon had no choice but to request help from federal wildland rangers and other tribal firefighters.

Native American tribes are no strangers to fire. Working with flames to burn away undergrowth and bring nutrients and biodiversity back to lands is an ingrained part of their heritage. But epidemics are also a familiar scourge. With the devastation that pathogens like smallpox and measles brought to Native populations following the arrival of Europeans, tribes are especially wary of COVID-19’s impact.

“When thinking about the potential of COVID-19 repeating history and wiping out entire communities and tribes, there is concern,” said Vernon Stearns, who as the fuels manager for the Spokane Tribe in eastern Washington is responsible for organizing controlled burns.

Some tribes have abandoned traditional fire suppression techniques, watching large swaths of land burn in order to protect a more fragile and essential resource: their people.

“The biggest fear the tribe had was COVID would hit our elders. And they are a very valuable resource of knowledge and connection to our ancestry and teaching of our ways to our children, who we also felt were at risk, and we obviously want to protect them,” said Ron Swaney, fire management officer for the Confederated Salish and Kootenai Tribes in Montana.

“I’ve seen how [the virus] has affected families close to me. I know the grief,” said Don Jones, fire chief of the Yakama Nation reservation in central Washington, where there have been at least 28 COVID-19 deaths. “I'm not going to send sick people out to fight the fire. I'm not going to say, ‘Come on, guys, toughen up, go out there.’ Life takes precedence over that.”

Around the country, many tribes have full-time fire crews that traditionally aid one another and federal firefighters, sending out teams to help with blazes. But this year’s COVID-19 pandemic has pushed them to reconsider how much help they can give and receive in the face of encroaching infernos.

A Centers for Disease Control and Prevention study found Native Americans and Alaskans were 3.5 times more likely than whites to test positive for the coronavirus. The rapid spread of the virus within tribes early in the pandemic led many reservations to aggressively control outside access. Casinos closed. Entrances to tourist areas such as lakes, hiking trails and fisheries were blocked off. Economically many tribes suffered, but COVID caseloads stabilized or declined.

The ongoing fire season is now threatening that progress.

Tribal families often live in multigenerational housing, sometimes in trailers or other small homes with no running water. Their isolated, tightknit communities can be sequestered from COVID-19 spikes in nearby towns but are ripe for an outbreak if the virus enters. Social distancing is a challenge on small, remote reservations. There may be only a single gas station or supermarket, where visiting fire crews would be likely to interact with the tribal population. Many tribes also lack strong internet connections, forcing fire crews to meet in person rather than stage briefings via Zoom, as federal crews have done elsewhere during the pandemic.

On the Flathead Reservation north of Missoula, Montana, COVID-19 hit the fire crew of the Confederated Salish and Kootenai Tribes before the fires did. A firefighter who came in direct contact with someone who was sick with the virus in early July took the tribe’s entire 12-person aviation team, consisting of an air attack plane and a helicopter crew, out of business for four days. While no fires were burning at the time, it was a worrisome wake-up call for Swaney.

“For a minute there, I really thought we would all be infected with COVID-19 and I was wondering who would be responding to the fires,” he said.

It was enough to convince Swaney that this year the tribe wouldn’t share any of its 60 firefighters with neighbors. It was a tough call because historically “in fire, when our neighbors need help, we go help,” he said.

At the end of July, Swaney had to accept help from nearly 300 outside firefighters when lightning started a blaze in the mountains surrounding the bison-dotted grass valley his tribe calls home.

After the 3,500-acre Magpie Rock Fire was under control, Swaney learned that a federal wildland firefighter involved had tested positive for COVID-19 during his next assignment. He didn’t appear to have infected Swaney’s team, though four members have tested positive this season.

Other tribes have sought to bolster their fire crews to do without the help of off-reservation teams. The Spokane Tribe in Washington earmarked some of the $19 million it received from the CARES Act to hire an additional 10-person seasonal crew. It hoped to aggressively attack any fire and keep it small, thereby avoiding the need for outside firefighters who might also bring in the coronavirus, Stearns said.

The Yakama Nation, near the Oregon border, was still struggling with a coronavirus outbreak that had infected at least 6% of its population when fires started in July. The crews learned quickly that facing wildfire and a pandemic simultaneously would be an exercise in trade-offs.

Early in the effort, five fire crew members were taken off the line when several people got sick, leaving the 20 remaining members to make do. Federal firefighting is stretched thin as megafires consume vast areas of the West Coast — and other tribes were no help because they’ve restricted their fire teams’ movement to prevent COVID spread.

“We had no one else to call on. … It was pretty tough,” said Jones. “The stress level has gone up. You're worried about exposure all the time.”

“Everyone in my program was affected one way or another,” Jones said. “Everyone lost somebody.”

The West’s brutal fire season is forcing tribes to concentrate on fires that start by lightning or accident, with no resources to give to prescribed burning.

“These fires are just gobbling up the ground,” said Jones. His tribe canceled the carefully controlled fires it normally conducts in September to avoid bringing together the large numbers of people needed to do them.

This story was produced by KHN (Kaiser Health News), which publishes California Healthline, an editorially independent service of the California Health Care Foundation. KHN is not affiliated with Kaiser Permanente.