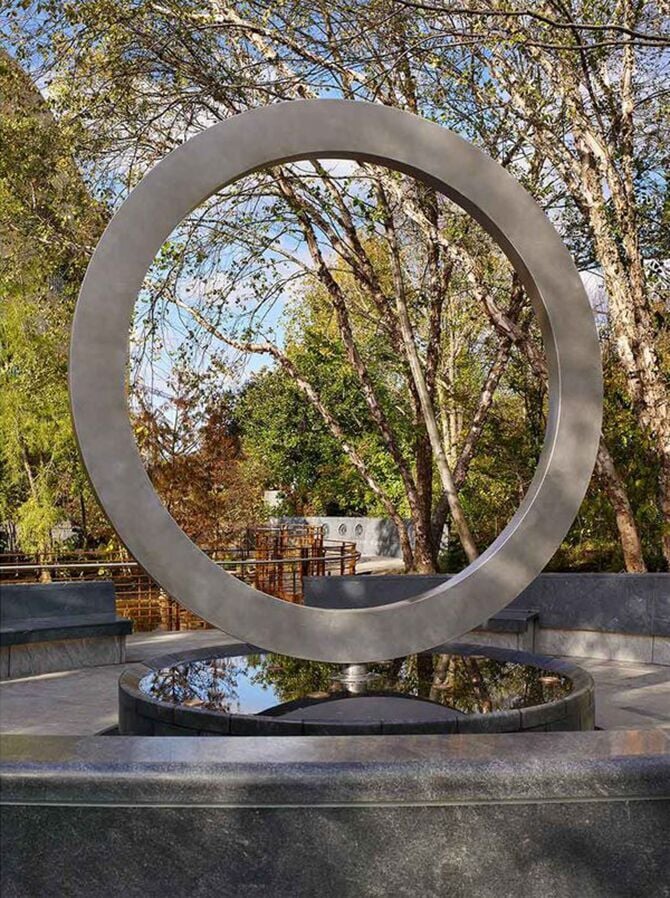 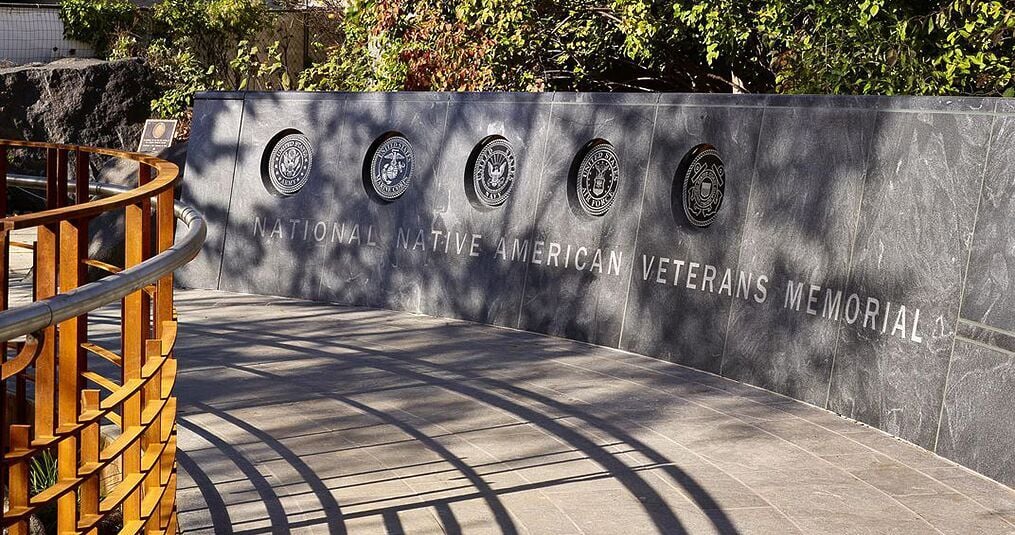 WASHINGTON, DC — Last week, on Veterans Day, the National Native American Veterans Memorial was dedicated in the Nation’s Capital. However, the originally planned ceremonial dedication was scuttled due to the COVID-19 pandemic. It’s been a long time coming.

After first considering the Memorial in 1994, the U.S. Congress authorized the NNAVM in 2013. The authorization language, stated that the NNAVM would give “all Americans the opportunity to learn of the proud and courageous tradition of service of Native Americans in the Armed Forces.”

The $15 million project was funded by private contributions; $8 million went to construction, $4 million is for programming and outreach, and $3 million is for the ongoing care of the Memorial.

“The memorial brings long overdue recognition to the tens of thousands of American Indians, Alaska Natives and Native Hawaiians who have served in peace and war for two and a half centuries. Today, more than 21,000 Native men and women are on active duty, and more than 183,000 Veterans identify as American Indian or Alaska Native,” said Kevin Gover (Pawnee) Director of the Smithsonian’s National Museum of the American Indian in a Veterans Day statement. “It is my hope that the memorial will inspire visitors to learn more about the great legacy of Indigenous servicemen and servicewomen to this country and shed light on some of the lesser known stories of Native Americans — stories that will move and inspire visitors.”

The NNAVM was designed by Harvey Pratt, a member of the Cheyenne and Arapaho Tribes of Oklahoma. Pratt is a multimedia artist and U.S. Marine Corps Vietnam War Veteran.

The Memorial features a 12-foot steel circle resting on a 20-inch high carved stone drum as well as four vertical steel lances with bronze feathers upon which people can attach prayer cloths when conducting ceremonial events. However, such public gatherings cannot take place until the COVID-19 pandemic gets under control.

The NNAVM incorporates water, signifying purification, prayer and cleansing; a flame that will be lit for ceremonial occasions and that represents strength, courage, endurance and comfort; benches for gatherings; and the four lances.

The Memorial incorporates Native music into the design. Playing on a continuous loop from the Smithsonian Folkways collection are 13 Native American veteran songs from the Ojibwe, Menominee, Blackfeet, Ho-Chunk, Kiowa and Lakota Nations.

The approach the NNAVM is a meandering pathway and people can enter a circular seating area from one of the four cardinal directions openings. The seals of the five branches of the U.S. armed forces are on a wall nearby.

“Native peoples have served in the United States military since the American Revolution and continue to serve at one of the highest rates per capita of any population group,” Smithsonian Secretary Lonnie Bunch wrote in the November issue of Smithsonian magazine. “[The Memorial] will recognize — for the first time on a national scale — the extraordinary service of these men and women and our shared obligation to honor this legacy.

“I have always thought that you can tell an enormous amount about a nation by what it chooses to remember. This memorial and others to Veterans, both on the National Mall and around the United States, are vital corners of our national memory.”

In conjunction with the Memorial, the National Museum of the American Indian released an online exhibition titled “Why We Serve: Native Americans in the United States Armed Forces.” Viewers can tune in to the exhibit to learn more about the history of Indigenous people in the armed forces since the American Revolution, as well as the many reasons why Native people have served in the military over the years. It features historical and contemporary photographs, artworks and stories that consider the various reasons why so many American Indian men and women have served in the military.