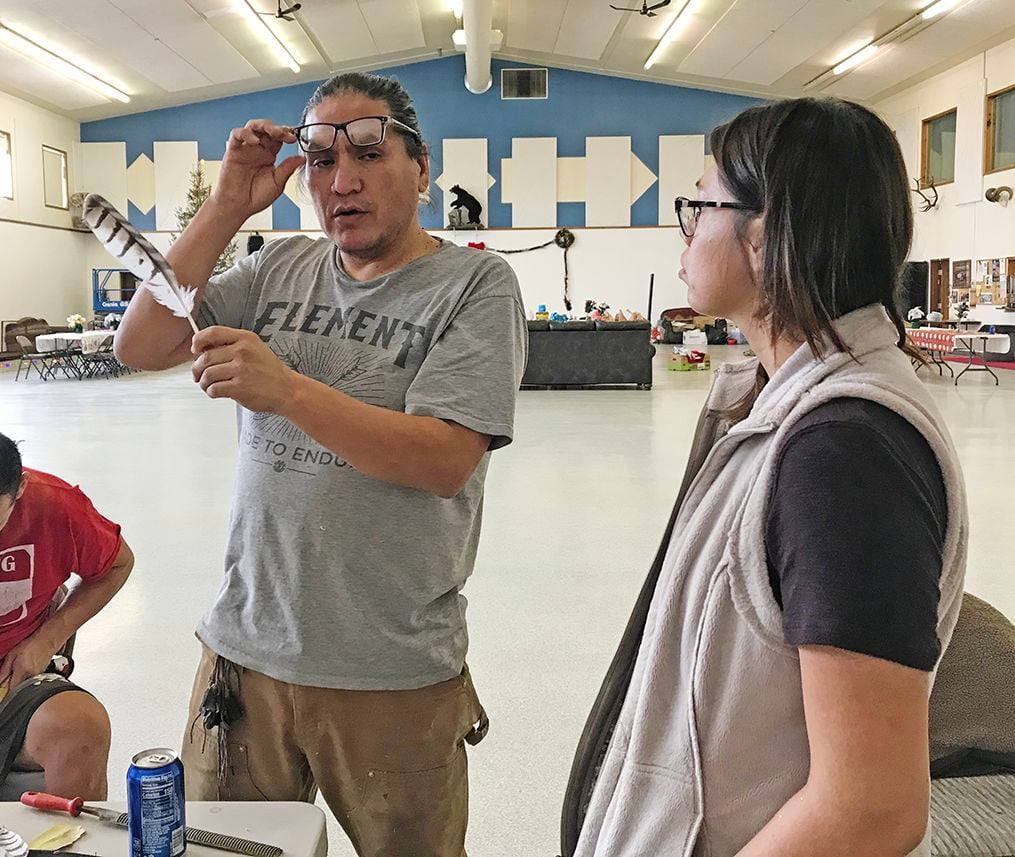 Leslie Caye explains the next step of arrow making to a student. 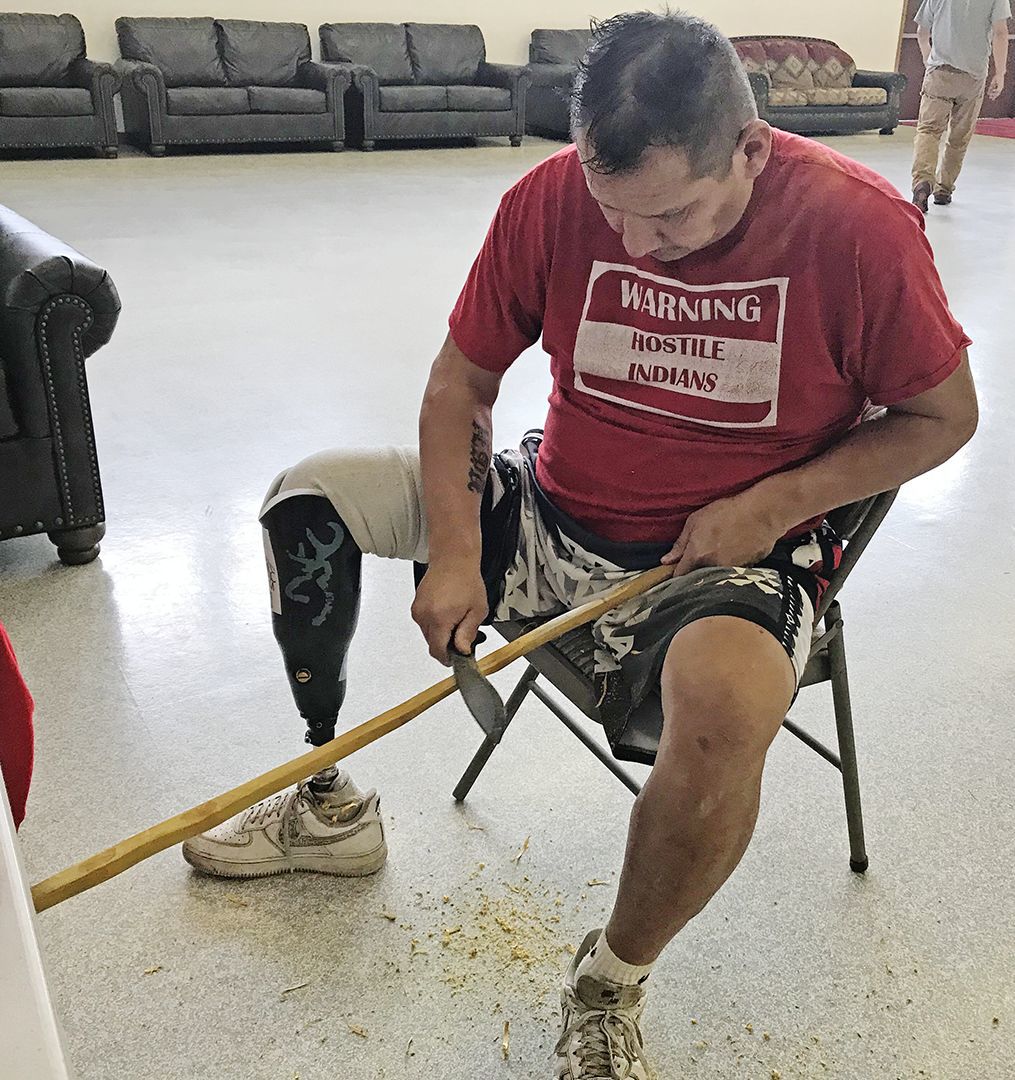 James Big Beaver carves out his bow at Elmo Hall.

Leslie Caye explains the next step of arrow making to a student.

James Big Beaver carves out his bow at Elmo Hall.

ELMO — Learning and practicing long-established tribal activities and/or actions is the most important part of keeping cultural traditions habitual — second nature. Education and practice are keys to opening new eyes on time immemorial tribal cultural traditions and practices such as learning how to speak tribal languages or crafting a traditional bow and arrow. The big and small things like that maintain the relevance of tribal cultures, traditions, spiritual beliefs and language so those attributes will be there for future generations.

Kootenai Tribal member Leslie Caye recently hosted a class at the Kootenai Culture Committee building for those who wanted to learn how to make a traditional bow and arrow. The class gave details on the types of wood it takes to make the bow as well as the arrow shaft, and where these items can be gathered.

Leslie walked students through each step of carving out the bow then the arrow, and how to bend and/or straighten the wooden components with fire and other natural materials to assure the integrity of the bow and straightness of the arrow.

Indians have long adapted to whatever comes along their journeys to tomorrow. In this case was the usage of some tools that were purchased from area stores. The relatively modern tools made it easy for students to build their bows and arrows. However, the final product was all gifts from Mother Nature.

Some students in attendance were just learning how to start the process while several others have been attending the cultural tradition classes for the past year.

Caye said it takes patience to make a functional traditional bow and arrow — any mess up could mean starting all over. However, with dedication and hard work a person can end up with a bow and arrow that is functional and long lasting.

History of Bows and Arrows

There were at least four successive waves of bow and arrow use by Aboriginal Americans in North America beginning around 12,000 years ago, in southern Alaska.

Most Aboriginal Americans used locally available materials for their bows that were easy to work and would hold up to frequent use. Bows were of various types of wood able to repeatedly flex when pulled, without becoming brittle or cracking. The shaping was done with stone, bone or, later, metal knives.

Bowstrings were often made from gut, rawhide, sinew or plant fiber, and often removed from the bows when not in use. The animal products were carefully cut from a carcass into thin strips, scraped and dried, and sometimes braided for extra strength.

Arrow shafts were made from straight shoots from trees such as black locust, dogwood, ash and birch. They were shaved, sanded and/or heated and to bend them straight, if needed. They chipped, or knapped, arrowheads from materials such as chert, flint or obsidian. The arrowheads were often attached to a split in the end of the arrow shaft with a combination of hide glue, or pitch and sinew.

Fletchings of buzzard or turkey feathers, attached to the shaft with sinew or hide glue, improved the arrow’s accuracy in flight.