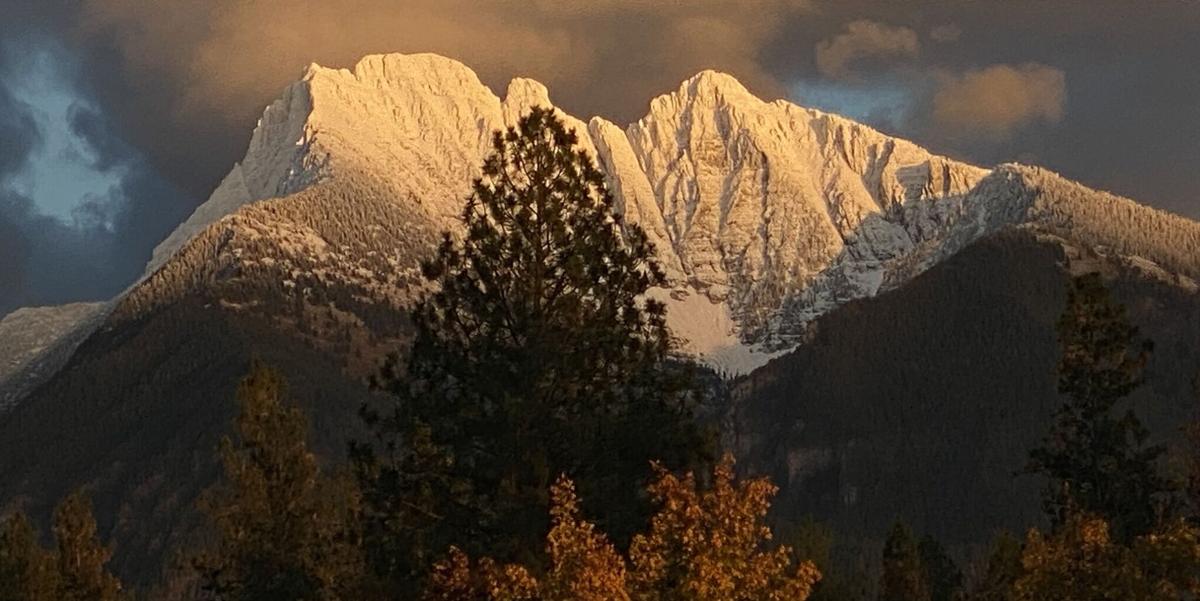 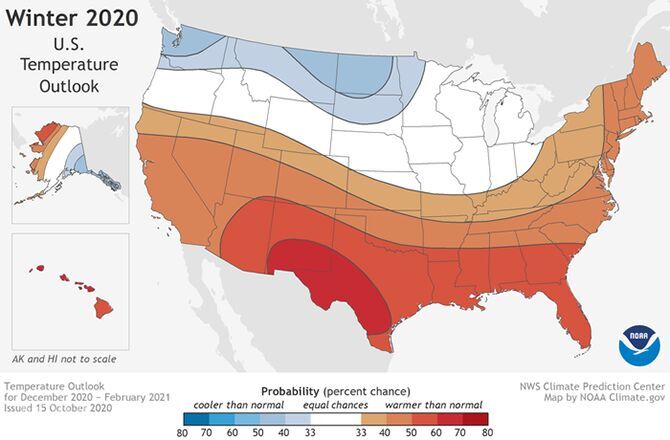 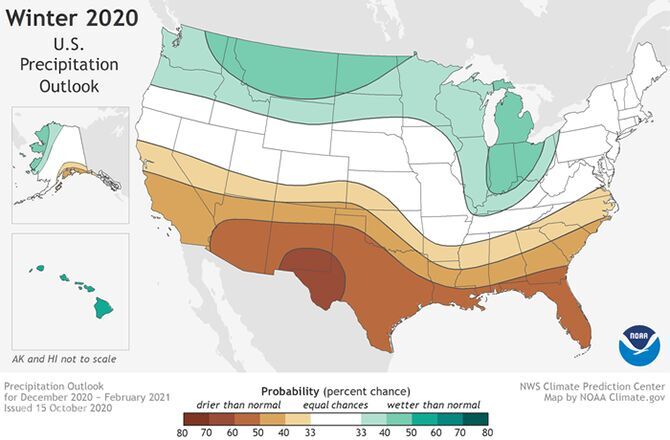 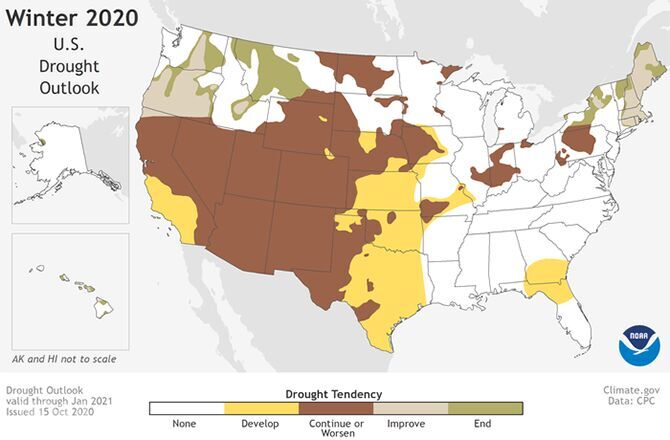 It’s been a crazy and unusual year on all fronts, including the weather front. As a result, it’s wise to button down the hatches just a little tighter this winter in Montana and the northern regions of the United States because it’s going to be a snowy cold one, according to forecasters at the National Oceanic and Atmospheric Administration (NOAA).

Montanans are used to cold, very cold winters, and hot, very hot summers with temperature swings from 30-plus below zero to plus 110 degrees. The state has already, in October, had record lows ever in the state that topped out at 29-below at Potomic. This week has seen lower than average temperatures throughout the state and major snow dumps of 20 inches along the Hi-Line that were accompanied with high gusting winds that wreak havoc with drift snow. Kind of makes folks longing for summer that is more than six months away.

The colder and snowier weather patterns are the result of the La Niña weather effect is back this year and NOAA forecasters predicts below-normal temperatures are favored in southern Alaska and from the northern Pacific Northwest into the Northern Plains, with equal chances for below-, near- or above-average temperatures in the remaining regions.

However, the ongoing drought conditions will be exacerbated in large areas already experiencing extreme droughts that include Colorado, Wyoming and western Nebraska; with severe to moderate drought in large areas of eastern Montana, North Dakota, South Dakota, Nebraska and Iowa.

“With La Niña well established and expected to persist through the upcoming 2020 winter season, we anticipate the typical, cooler, wetter North, and warmer, drier South, as the most likely outcome of winter weather that the U.S. will experience this year,” said Mike Halpert, deputy director of NOAA’s Climate Prediction Center in softball “cooler and wetter” lob. The La Niña effects are usually strongest during the winter months when the jet stream is strongest over the United States.

La Niña refers to the periodic cooling of ocean surface temperatures in the central and east-central equatorial Pacific. Typically, La Niña events occur every three to five years or so, but on occasion can occur over successive years. La Niña represents the cool phase of the El Niño-Southern Oscillation cycle which refers to variations in the temperature of the surface of the tropical eastern Pacific Ocean and in air surface pressure in the tropical western Pacific.

The NOAA will, through the winter, as it does year around, monitor the La Niña affected weather patterns and keep the public abreast of predicted conditions.

The greatest chances for warmer-than-normal conditions extend across the Southern tier of the U.S. from the Southwest, across the Gulf states and into the Southeast.

More modest probabilities for warmer temperatures are forecast in the southern parts of the west coast, and from the Mid-Atlantic into the Northeast. Above-average temperatures are also favored for Hawaii and western and northern Alaska.

Below-normal temperatures are favored in southern Alaska and from the northern Pacific Northwest into the Northern Plains, with equal chances for below-, near- or above-average temperatures in the remaining regions.

Wetter-than-average conditions are most likely across the northern tier of the U.S., extending from the Pacific Northwest, across the Northern Plains, Great Lakes and into the Ohio Valley, as well as Hawaii and northern Alaska.

The remainder of the U.S., including the Mid-Atlantic and Northeast, falls into the category of equal chances for below-, near-, or above-average precipitation.

This seasonal U.S. Drought Outlook map for November 2020 through January 2021 predicts persistent drought across much of the Western U.S. in the months ahead. (NOAA Climate.gov based on NWS CPC data)

Widespread, ongoing drought is currently in place across the western half of the continental U.S. as a result of the weak Southwest summer monsoon season and near-record-high temperatures.

Drought is also present in parts of the Northeast, Ohio Valley, Hawaii and Alaska.

The ongoing La Nina is expected to expand and intensify drought across the southern and central Plains, eastern Gulf Coast, and in California during the months ahead.

Drought conditions are expected to improve in the northern Rockies, Northwest, New England, Alaska and Hawaii over the coming months.