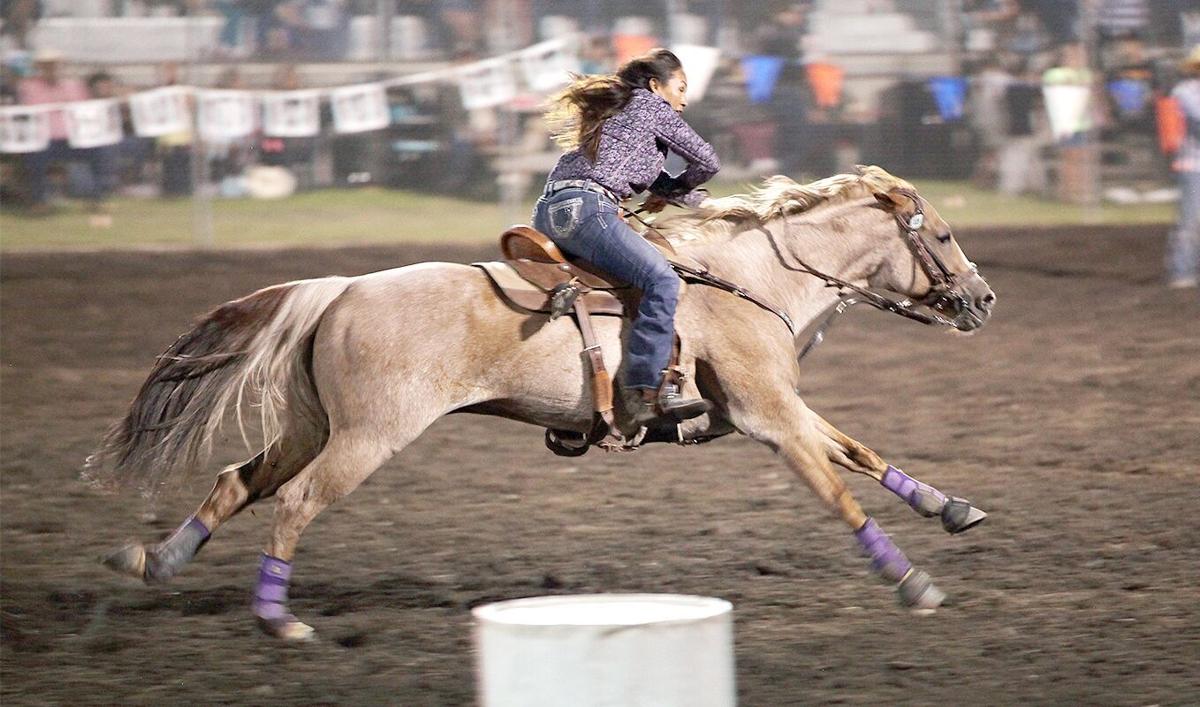 Indian cowgirl barrel racers were also part of the INFR extravaganza at Polson. 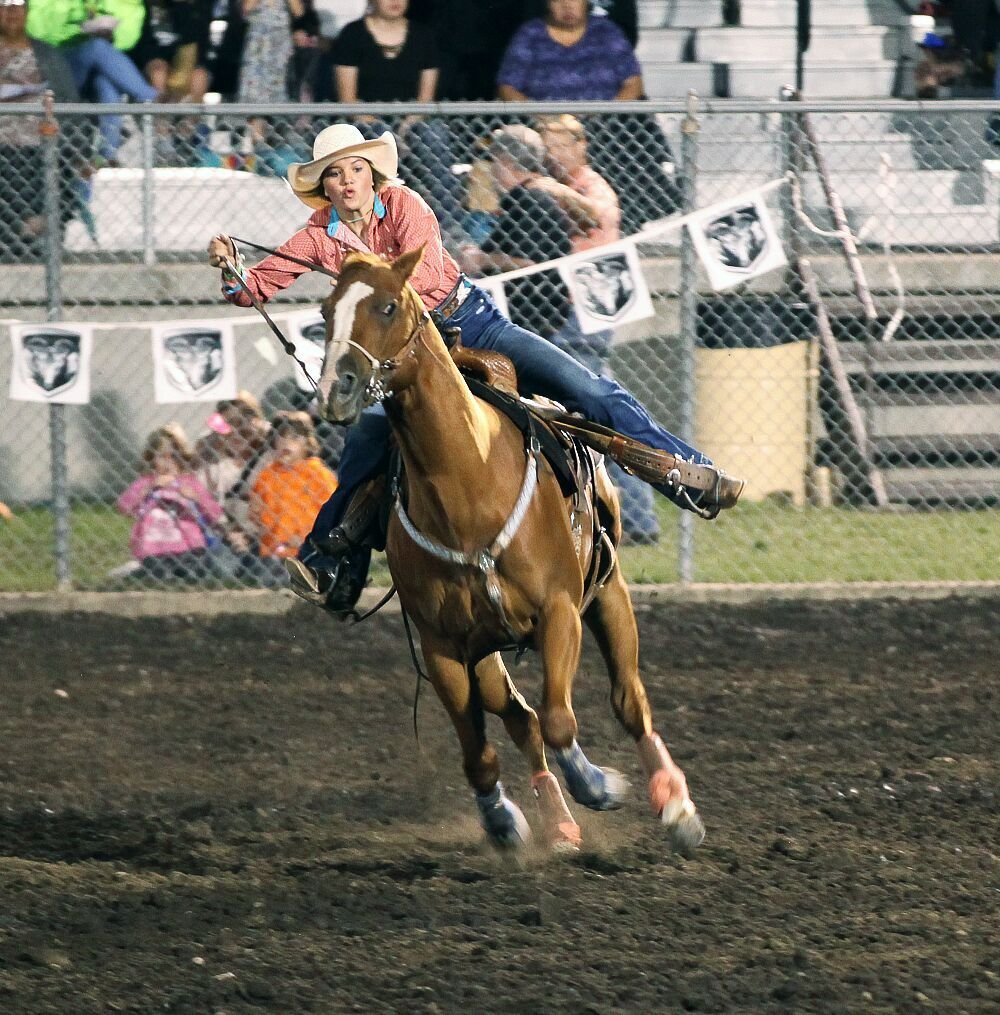 Barrel racing is a staple of rodeos and it requires a team effort of cowgirl and horse. 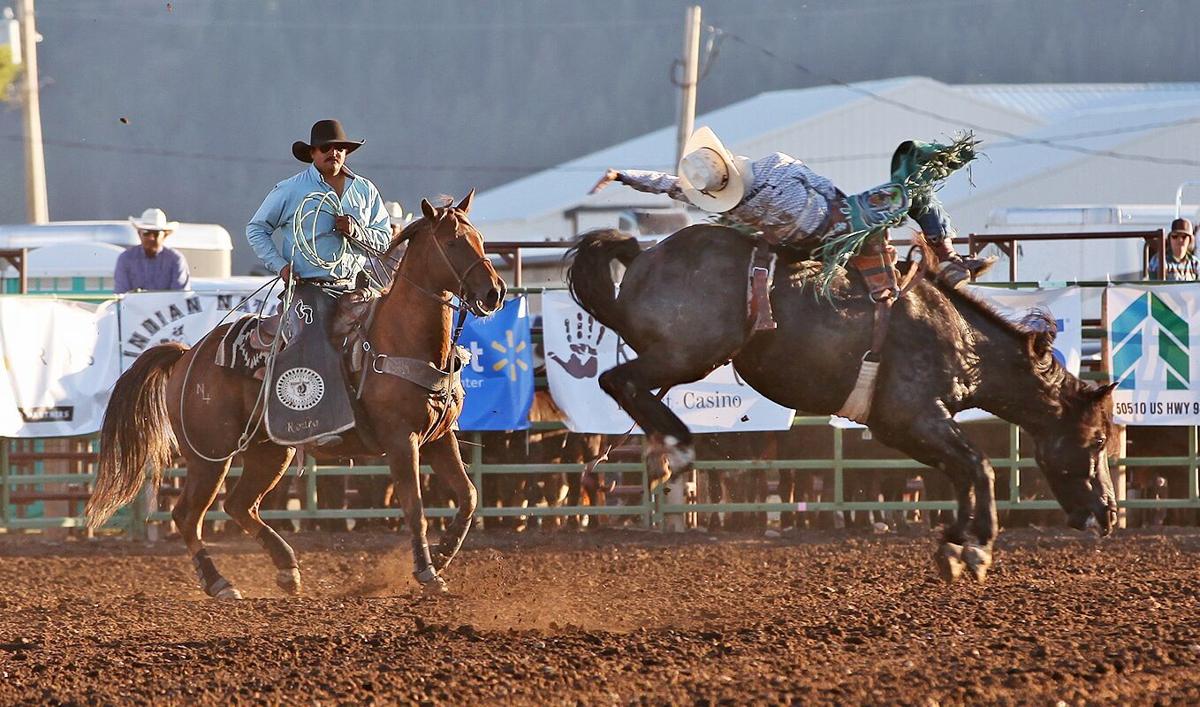 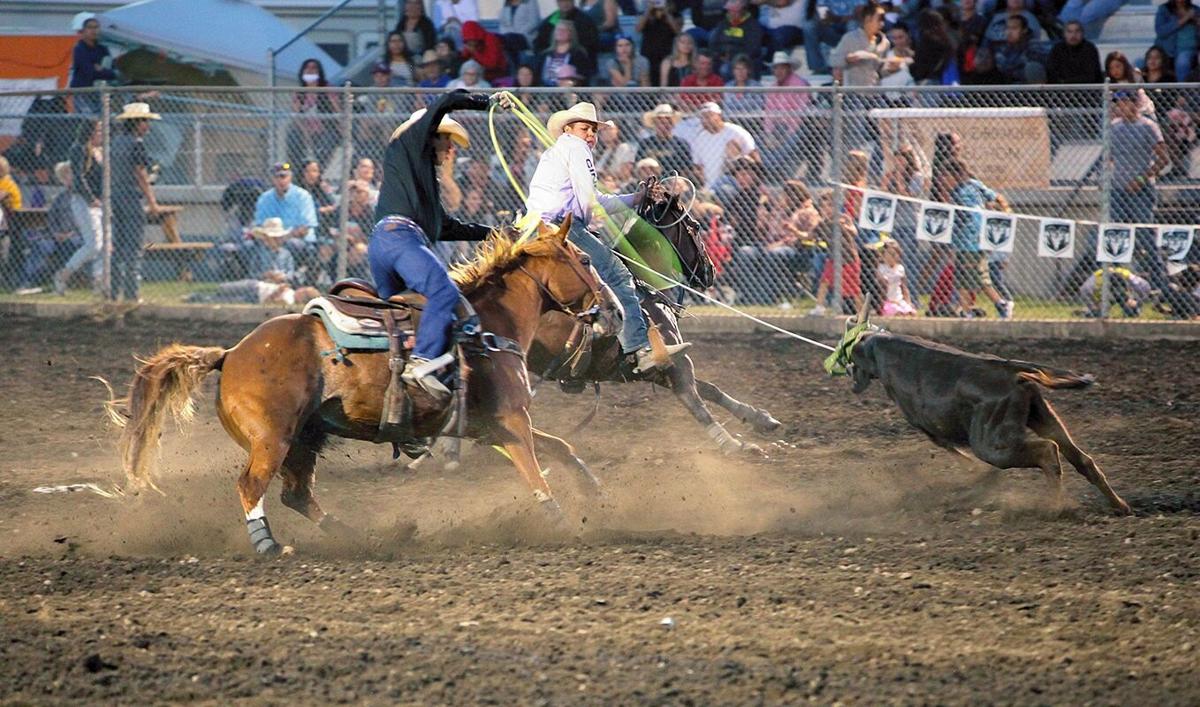 You got the head now I have to get the heels. Hopefully we got the winning time.

You have to get down and dirty when you wrestle with steers. You also have to have a good horse and a good hazer.

POLSON — The Flathead Rodeo, one of the largest rodeos hosted at the Polson Fairgrounds, returned this summer with over 500 entrants. From August 26 to 28, people from all over the world, including Italy, packed the stands to see the participants compete for the opportunity to attend the Indian National Rodeo in Las Vegas from October 19 to October 23.

Cowboys and cowgirls competed in Bare Back, Stir Wrestling, Saddle Bronc Riding, Tie-Down Roping, Team Roping, Ladies Barrel Racing, and Bull Riding every night from 7 p.m. to 9:30 p.m. Saturday night’s festivities culminated with Buffalo Riding, which had not been done in far too many years.

“It takes so many people to make a production of this magnitude to happen,” said Champ.

Saturday night, when the fans saw the Mission Valley Honor Guard and Veteran Warrior Society carry the American Flag into the arena, Champ gave a particular tribute to the marines who had recently died in attack in Afghanistan.

“So many Americans gave up their time, time away from their families, so that they could defend all of us,” Champ added. “You know, the Bible says that there is no greater love for a man than a man who lays down his life for his brothers.”

“You see these patriotic Americans in front of you; they have done this, they have paid the price so that we may enjoy this Rodeo as free Americans,” Champ added.

S&K Gaming hasn’t participated in the Flathead River Rodeo since 2015, according to General Manager Sheila Matt. “Everything went well. Saturday night was tremendous!”

“It was wonderful to witness such a fantastic event with so much community support.” Matt stated. 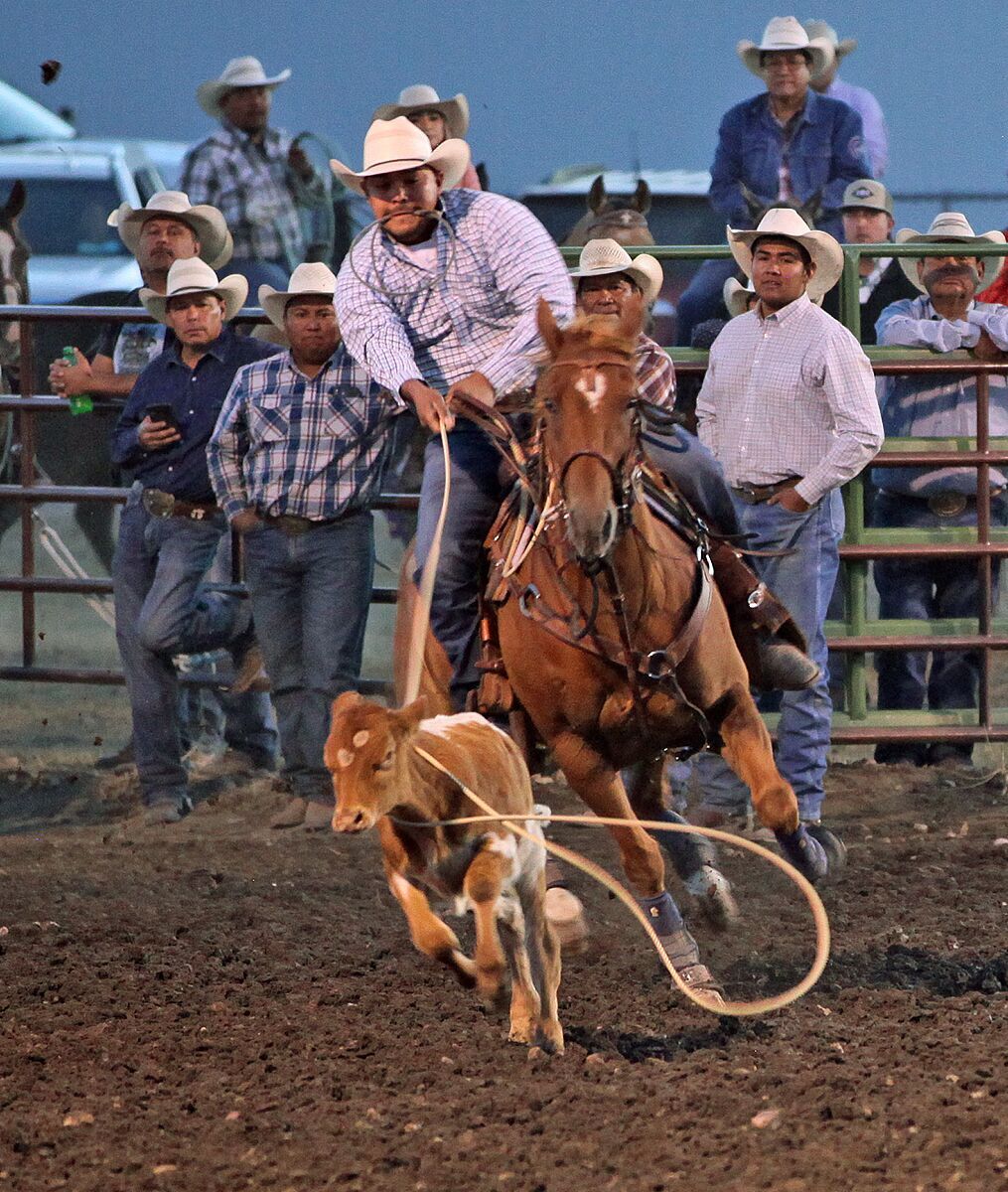 Tie down roping competitors were all hoping to advance to the big dance in Las Vegas. 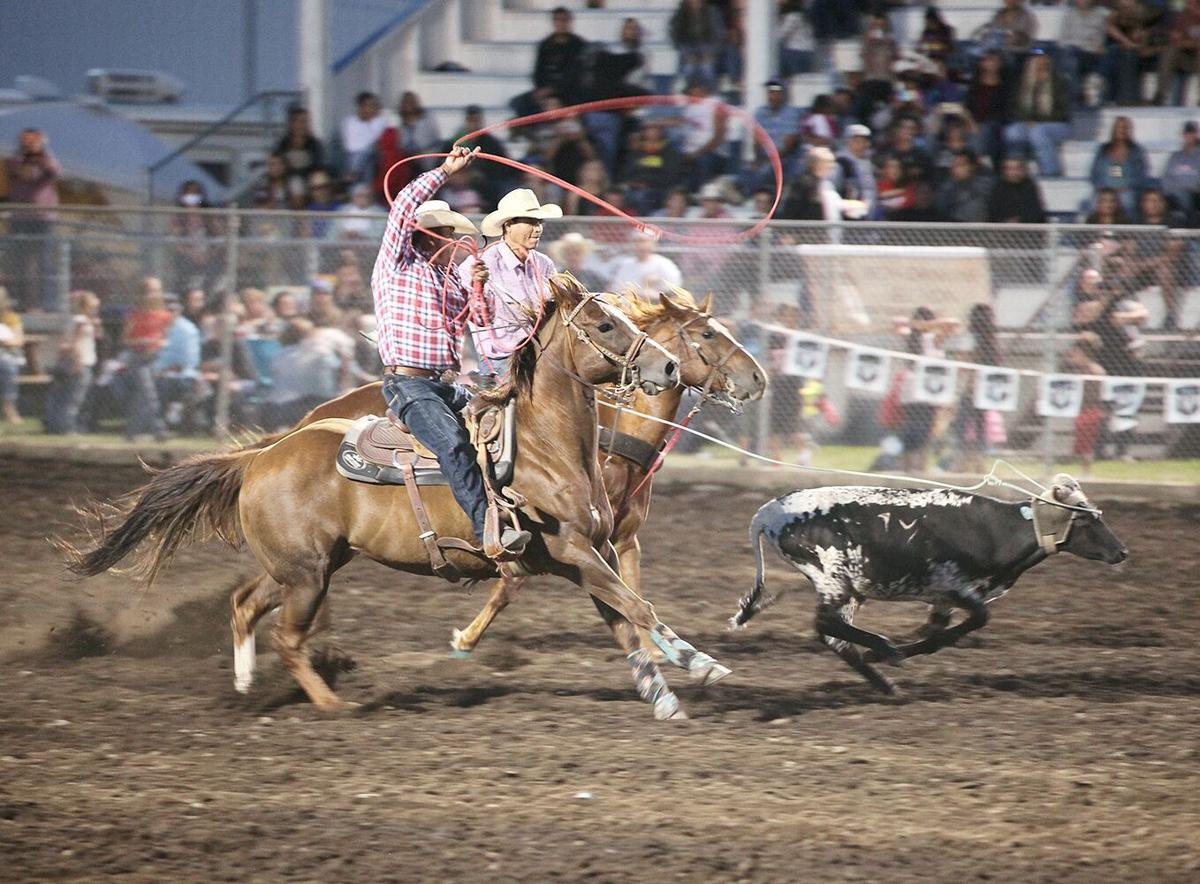 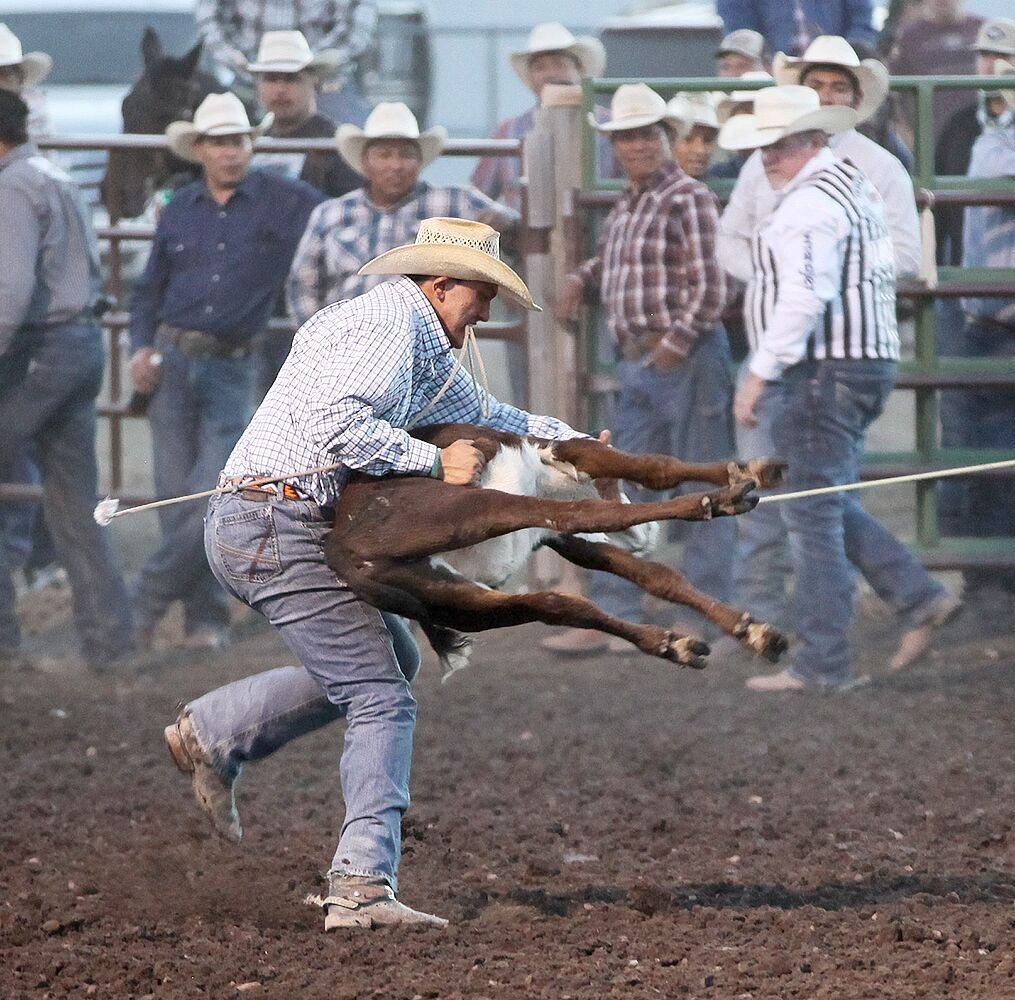 There are three important steps to tie-down roping: roping the calf, wrestling the calf and then dallying the calf. The faster, the better.

Tie down roping competitors were all hoping to advance to the big dance in Las Vegas.

There are three important steps to tie-down roping: roping the calf, wrestling the calf and then dallying the calf. The faster, the better.

Contestants flocked from all across the country to compete on the radio, from Florida to Canada and everywhere in between. (See INFR qualifiers and winners below.)