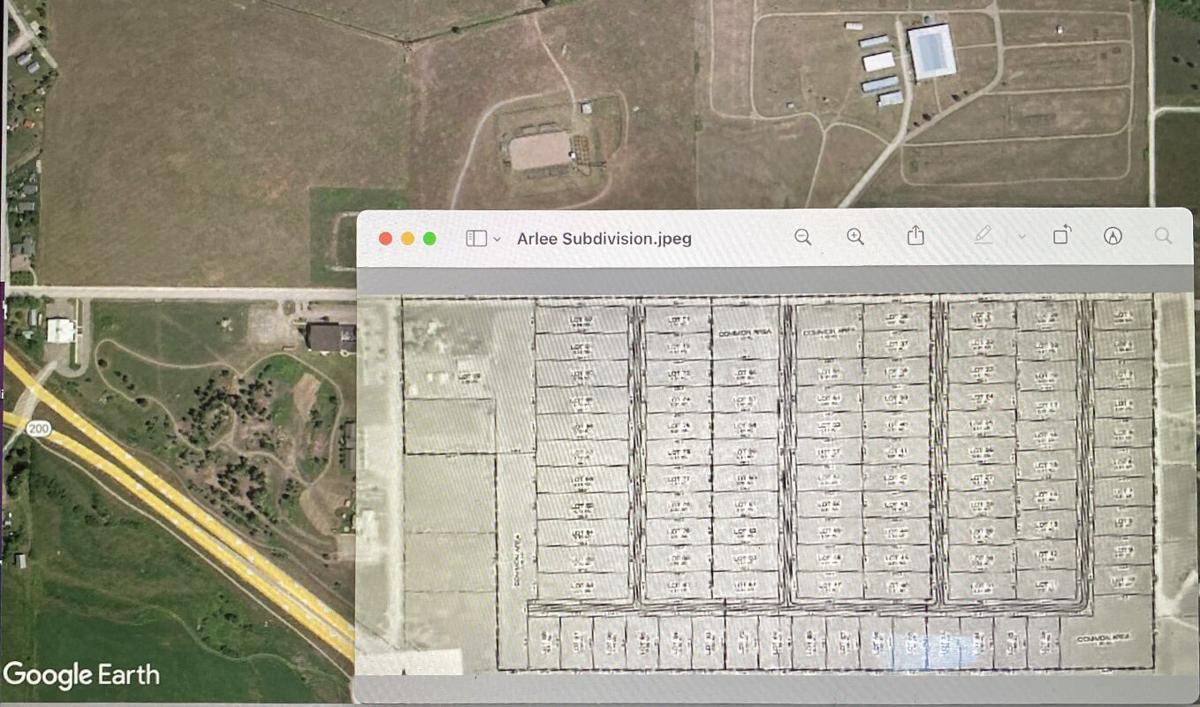 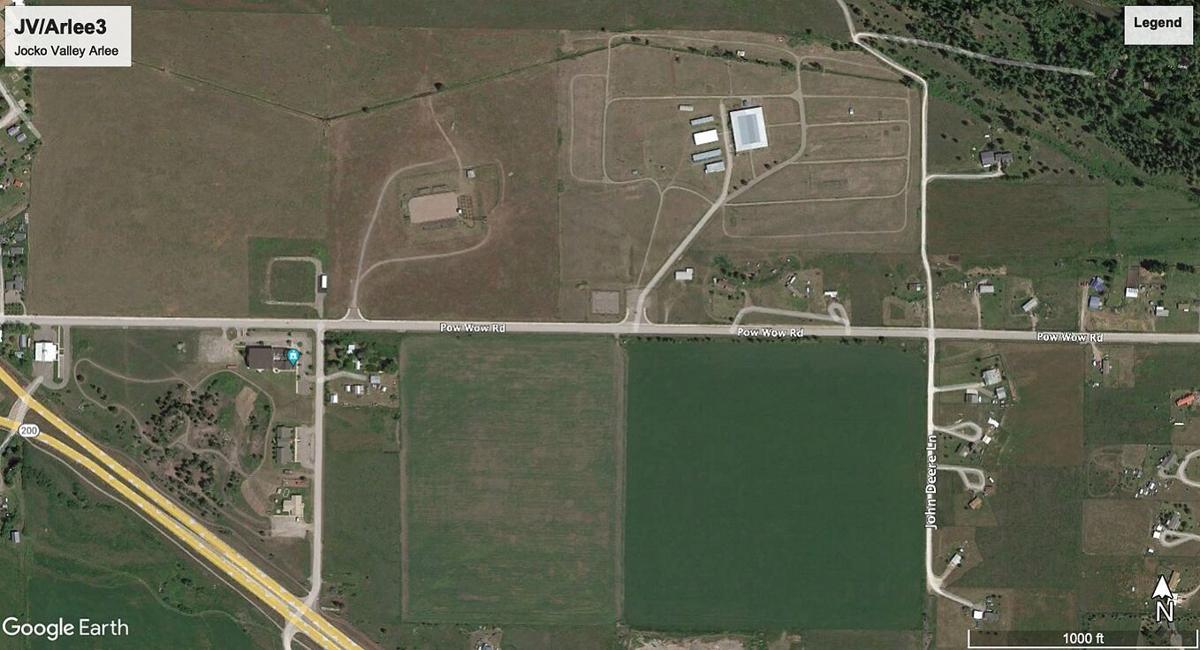 The open fields east of the Arlee Community Center and down the road from the Arlee Powwow Grounds could soon give way to house.

ARLEE — Changes in the small unincorporated community of Arlee are usually small and don’t blip on the radar. Some of the major projects in the last 20 years or so include the Arlee Elementary School construction that completed one of two wings of the project, and the gymnasium; the Arlee Volunteer Fire Department Fire Hall; and the Arlee Community Center. There has been remodeling of some existing structures and in some cases repurposing them, and there has been the demolition of a longtime bar.

However, throughout the Jocko Valley there has been a noticeable creep of housing construction. Although it can’t be totally the result of new folks moving onto the Flathead Reservation, and the four counties — Flathead, Lake, Missoula and Sanders — that are a part of the reservation. Lake County is the largest of the four counties and it has had a very noticeable increase in new people moving to the county, and thus a big part the Flathead Reservation.

The influx is definitely becoming very noticeable factor in what seems to be a changing demographic of people that are moving here. The tribal membership has raised concerns about the rapid change in the outdoor recreational areas on the reservation. Most of those areas are owned and managed by the Flathead Nation, and its government and recreational staff of its Natural Resources Department has become well aware of it. They are looking at ways to address the overuse that is crowding out tribal recreationalist. It is a problem that the NRD is looking at ways to resolve. Top on the list is the need for more game wardens to patrol the recreational areas, and potentially limit access to some existing recreational hot spots and/or creating exclusive tribal member use areas like the South Fork Jocko Primitive Area.

Plug into that mix of overuse of the recreational areas the proposed 99-unit housing subdivision project on Powwow Road on approximately 80-acres across from the CSKT-owned land that comprises the rodeo grounds and the Arlee Celebration Grounds. That certainly isn’t going to fly under the radar. The increased population will drastically affect the recreational areas, the natural environment and the resources needed to serve the proposed project. They include water, electrical and sewage infrastructure, as well as adequate fire protection, law enforcement and educational facilities, among others.

The Arlee VFD Fire Chief Charles Headley informed Bauer of a service study it had done indicated that it is presently at 99.6% effective capacity to serve the Arlee area fire protection needs.

The proposed 99 houses would easily the number of existing houses in Arlee proper.

Mike Bauer, a property developer/subdivider, is planning/proposing to subdivide the approximately 80 acres with what he “affordable housing” for “local residents” at his recent discussion with the Flathead Nation Tribal Council.

However, when queried on that by Tribal Councilwoman Ellie Bundy, Bauer said, he couldn’t guarantee that, and that new residents could come from out of state.

Bauer said he got the Montana Department of Natural Resources and Conservation okay to use the 10-acre feet of the water right that goes with the property for use as the subdivision water supply.

Bauer said the Lake County Planning Department is supportive of the project as it fits within its growth policy. He has built subdivisions in four other states and all have construction inspectors that make on-site visits during the construction process. However, Lake County, as well as Sanders County, where he lives, don’t. They rely on photos, he said.

He said he couldn’t give a square-foot prices but said they house price would be lower than the present price of a house in Missoula, where the median house price is $489,950.

Bauer said he is aware that increasing population in the state is driving up the price of housing. Lake County has had a huge population increase recently — well over 3,100 since April.

Tribal Councilman Len TwoTeeth said the drastic increase in housing and population growth is going to cause a lot of concern among the residents of Arlee, and touched on the present growth that is loosely attributed to the pandemic and climate change refugees. He is concerned about the politics and the disrespect for tribal ways the influx would bring, and already has with the use of CSKT recreational property.

Tribal Councilman Martin Charlo, who grew up in Arlee, said the development would be terrible for the community and the Jocko Valley which is already what he called a “breakfast community” for Missoula workers.

Tribal Councilwoman Charmel Gillin said Lake County Growth Policy doesn’t reflect the desires of the tribal people of the reservation, and that the Growth Policy moved ahead despite official comments on it.

Janet Camel of the Economical Development Office said the Lake County Planning Office told her that Bauer’s application was a preliminary step and that an official action hasn’t been taken by them, yet. The growth policy for the Arlee area includes a policy for consultation with the Tribes for a cultural clearance.

Increased water and traffic in the area is a huge concern.

NRD hydrologist Seth Makepeace said that although the Bureau of Indian Affairs, which manages the Flathead Indian Irrigation Project, gave official support of the reallocation of the 10-acre feet of irrigation water for the proposed subdivision, it flies in the face of the intent of FIIP and the recently settled Flathead Nation Federal Reserved Water Rights Compact.

Bauer said there would be an opportunity for public input via a public meeting.

as feel that this would be a very bad thing to put the homes in Arlee we do not need to start over crowding our reservations for there is an over growth with to many white people now as feel the council should start thinking and doing for the people and leave what is there alone for our people . we have to worry to our water as for who live on here . so please coumcil say no . thanks R.M.Westerman

Whatever happened to the part in the Hellgate Treaty that strictly specified that anyone coming onto the reservation had to be invited to and approved first by the tribes? The homestead act violated this then and it's still being completely ignored, even by the tribal government -I've noticed. I think it needs to be adhered to now more than ever. The tribal government does not have to go along with the county government and in many cases shouldn't. So why do they? This is first and formost an Indian Reservation. Everyone needs to keep that in mind while deciding on anything, of course the.tribal government is run mostly as a corporation now. So confusing & dysfunctional in my opinion.