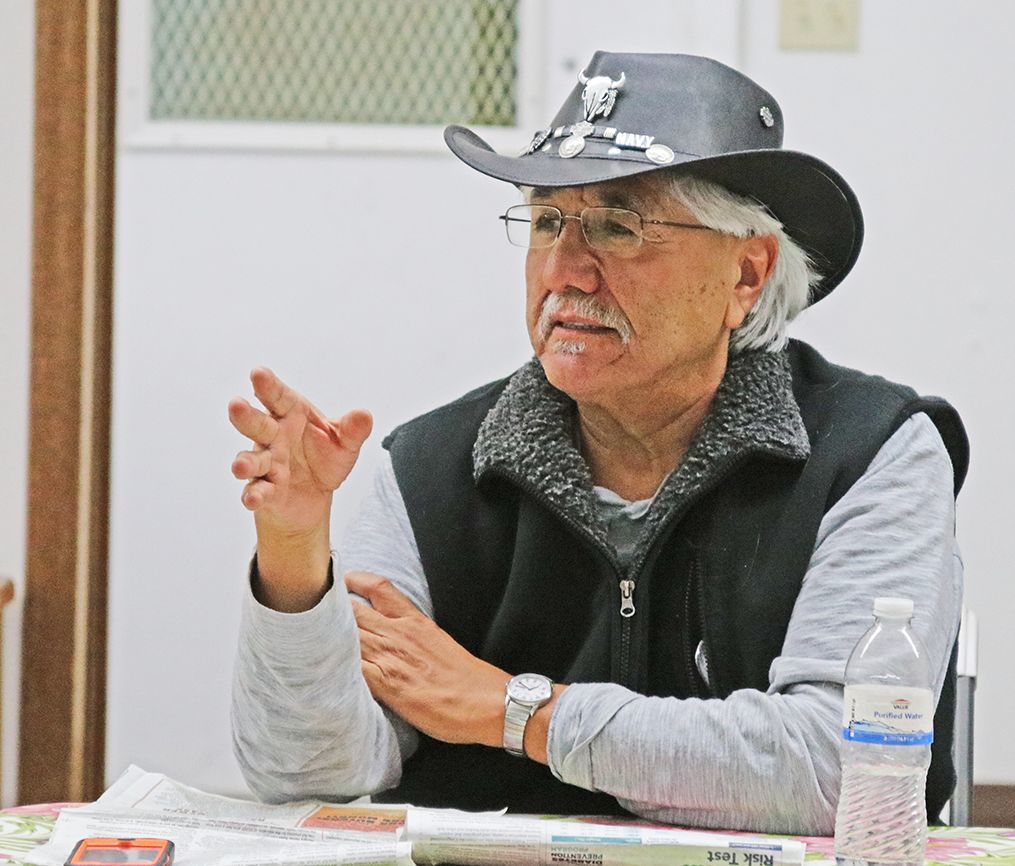 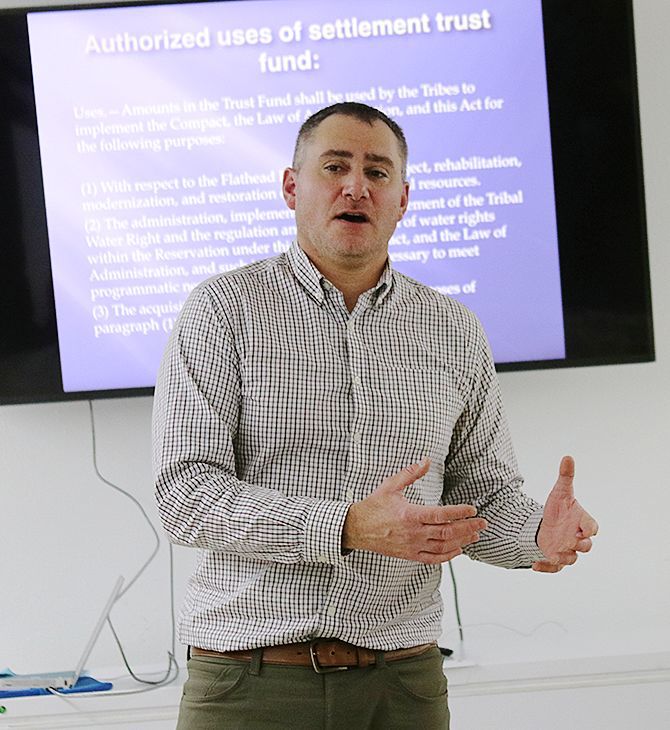 Sen. Daines recently introduced the bill in the U.S. Senate where it will be voted on and if it passes muster there it will be onto the U.S. House of Representatives for that governing body’s vote. If it passes there then it will then be forwarded to the Trump Administration for the president’s signature. Then it’s back to the Flathead Nation for its leadership signature. Once that happens the MWRPA will go into effect. But that is buckets of sweat down the road.

The Confederated Salish and Kootenai Tribes’ FRWRC was first introduced in the Montana Legislature in 2013 but it didn’t get out of the House Judiciary Committee. A second introduction in 2015 at the Montana Legislature was ratified. Senator Tester carried the bill to the U.S. Senate in 2016 but it didn’t have the backing of the Obama Administration due to its $2.3 billion price tag or Sen. Daines due to that and other concerns of his.

Following tweaks to the original FRWRC bill including cutting its cost, renaming it the Montana Water Rights Protection Act and other things to sate the concerns of Senator Daines, he introduced the bill in this Senate session. The Act has the backing of the Trump Administration, the Department of Justice and the Department of Interior as well as many diverse agricultural groups in Montana. It also has opposition in Montana and nationally, much of it the kind of opposition that never dissipates when it comes to tribal issues perceived as beneficial to tribal people and detrimental to non-Indians.

It is currently in the DC body politic spin cycle with other issues such as the Trump impeachment and the recent assassination of General Qassem Soleimani, the top military leader in Iran further graying the swamp water there.

CSKT Legal Department head Rhonda Swaney — the first female chair of the Tribal Council — and attorney Ryan Rauche were on hand to bring the 20 or so folks up to speed on the compact including the history of how we got to this point in the history of tribal water rights.

The 1952 McCarran Amendment was a major change in the federal reserved water rights that waived the federal sovereign immunity when it came to adjudication of those rights. It put the states in charge of quantification of water rights on federal lands within states.

The 1972 Montana Constitution recognized that water rights filing, verification, recording and enforcement of water rights in the Montana Territory and then the State of Montana was a turbulent mess. As a result, the Montana Legislature established the Montana Water Court in 1979 to provide a centralized legal system to quantify water rights claims including Federal Reserved Water Rights that includes Indian reservation claims.

Thus, the long meandering journey of the CSKT FRWR Compact quantification claims began in 1980 and unless it’s a mirage, the end to that journey is near.

The CSKT are the last of the seven Tribal Nations in Montana to have its FRWR come to fruition. It is also the only one to have off-reservation water rights claims, as result of its Treaty, that maintained its time immemorial rights to hunt, fish, gather and trap on unclaimed lands, now mostly federal lands, in its aboriginal territory that includes nearly two-thirds of Montana. That took years of historical, cultural, and legal research and successful court cases to establish the solid ground on which to stand on to quantify the Flathead Nation Claims.

Rauche said the right to fish is the most important component in the Flathead Nation water rights claims. To that end, it includes the right to maintain in-stream flows upstream from the Flathead Reservation as well as the water level of Flathead Lake.

Another major difference from other Indian Nation compacts in the state is the allocation of settlement funds. The $1.9 billion will be put into a trust fund that the CSKT can invest and earn interest off of. That would allow the CSKT to earn a higher rate of return than if managed by the Secretary of Interior. The funds will be used to rehabilitate the Flathead Indian Irrigation Project to mitigate the damages of pass operation and to provide for efficient water management and conservation, as well as mitigate off-reservation damages to natural resources. It will also upgrade the Flathead River pumping station near Polson.

The Tribal Council has directed the Legal Department to oversee the development of an employment plan for tribal members for the reconstruction of FIIP. They will work with various tribal departments to identify the skills and training needed for the reconstruction project that will employ an estimated 6,000 over the life of the project as well as jobs created by the reconstructed FIIP.

Also, the Tribes will manage the surface and subsurface water on the Flathead Reservation under the Unitary Management Ordinance.

The National Bison Range would be returned to the Flathead Nation as would the State school section lands on the reservation.