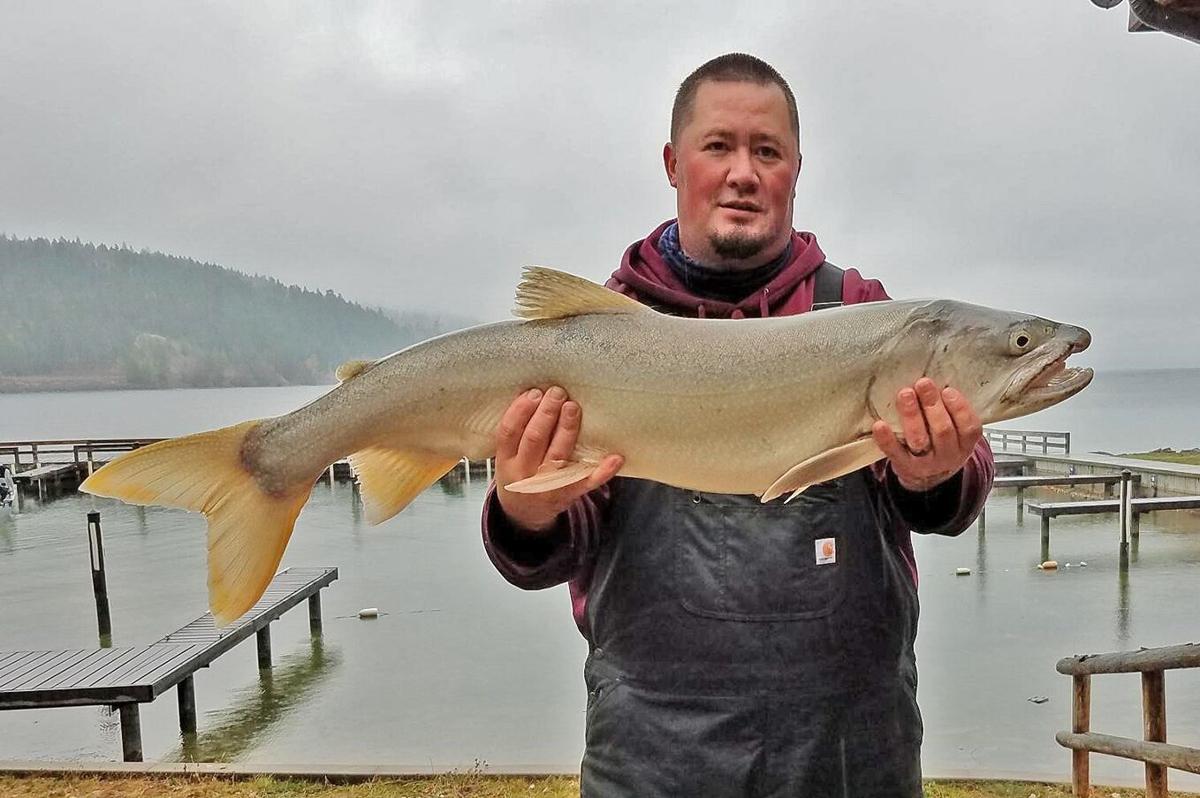 Tony Incashola, Jr., shows off his huge catch during the 2020 Fall Mack Days. 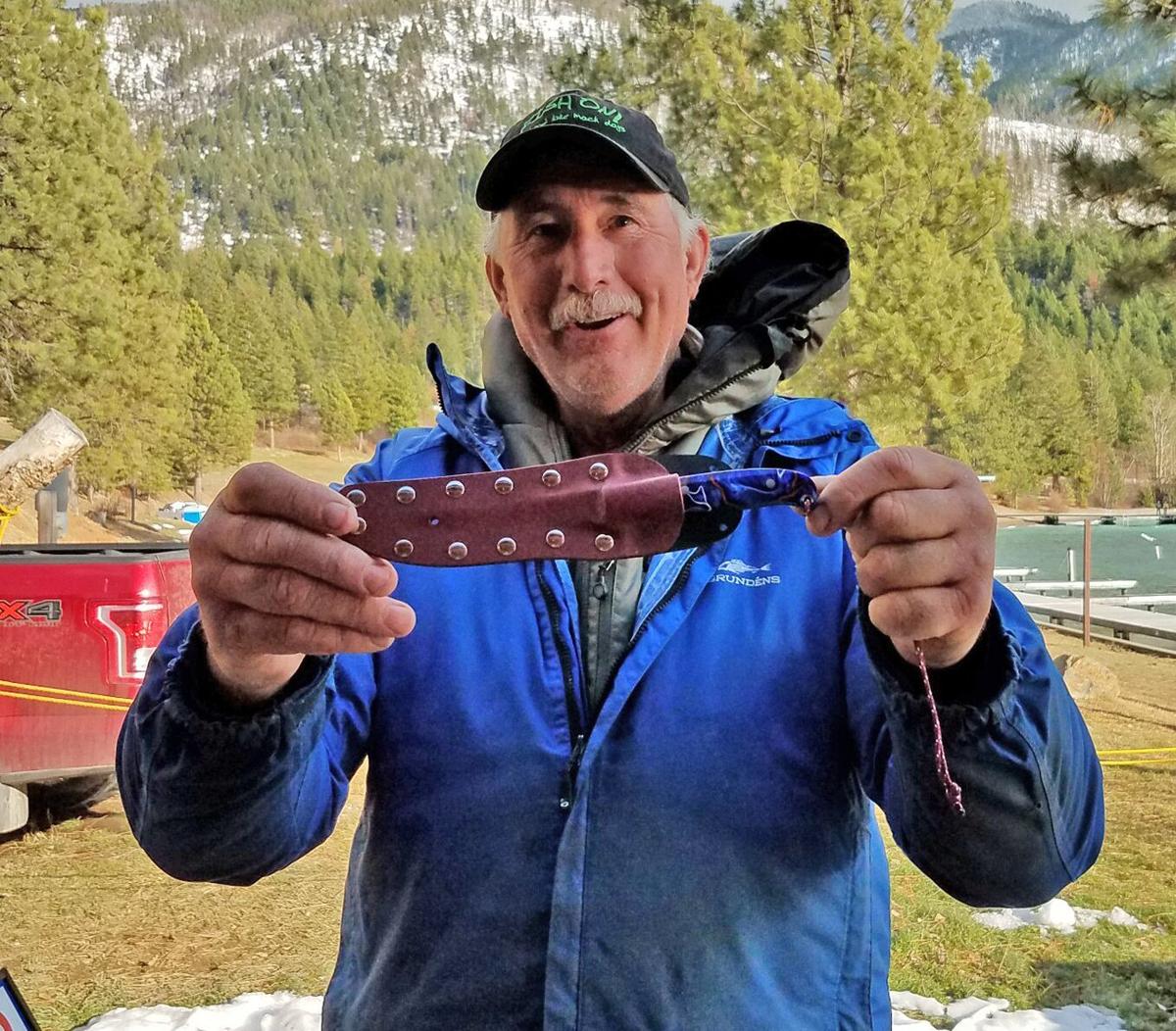 Terry Krogstad of Kalispell recieves a knife as part of the Spirit of the Event award. 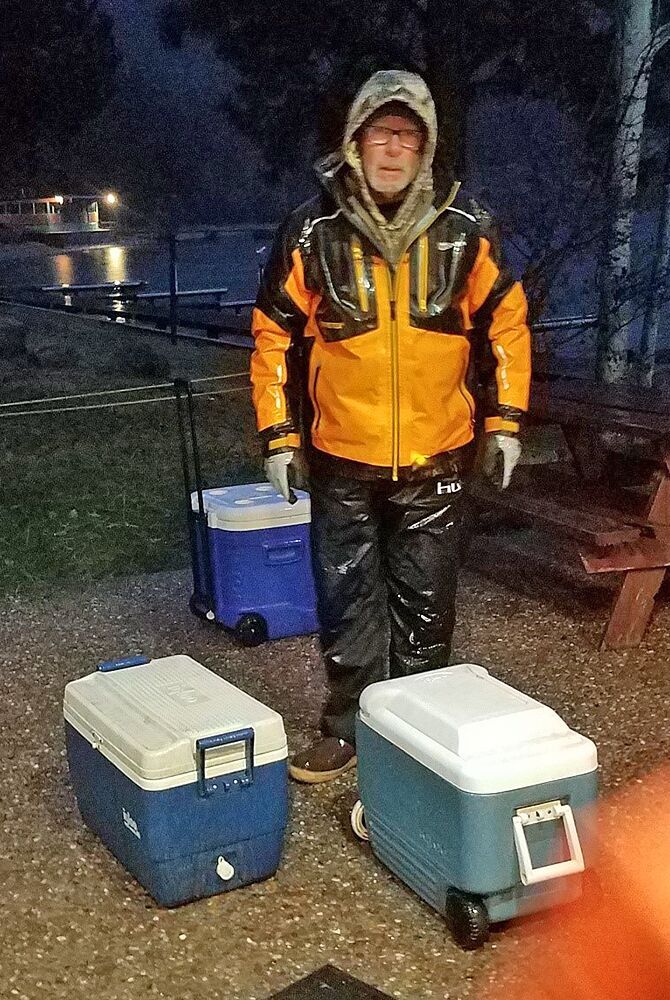 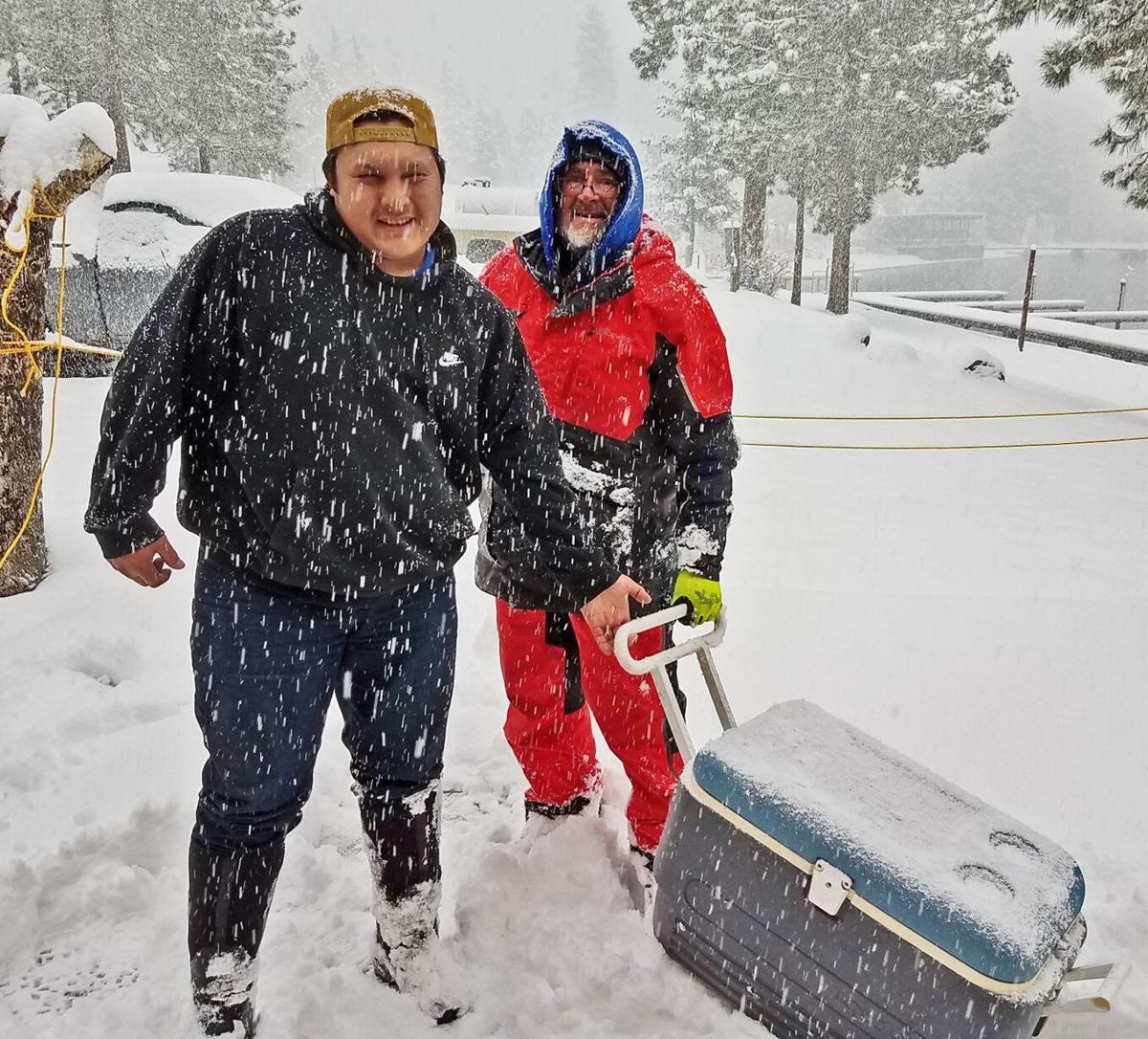 FLATHEAD LAKE — The 2020 Fall Mack Days Fishing Event with up to $200,000 in cash and prizes sponsored by the Confederated Salish and Kootenai Tribes ended this past weekend, on November 15 with a total of 14,821 lake trout entries turned in by 138 lake trout anglers. Four hundred thirty-eight anglers were registered in the event. The event was ten weeks long making it the longest Mack Days Event ever.

Weather over the course of the event went from the extreme of hot sunny days to cold snowy and windy days. The anglers endured the best and the worst. The end of the event came just in time for them. Twelve inches of snow fell during the last week making it impossible to come in and get up the boat ramp without some assistance. Snow disappeared when the warmer winds blew. Rough raging waters were the norm during most of the event.

Congratulations to every angler who competed in this event. If you caught one fish or many you helped to make a difference for future generations of anglers by helping to decrease the numbers of the non-native lake trout and increase the populations of native fish in Flathead Lake.

In 2006 Mike Benson started fishing the Events. His nickname became “one fish” because that was all he could catch. He finally decided either he was going to figure it out or he was done. It took time and perseverance and he figured out what worked for him. There are tips on the website for everyone if they are shore anglers, trollers, or they may like to jig. The Mack Days staff encourages anglers to write their own story and learn what works best for them and to remember that you may have to change it up when the fish tell you to! The same thing may not work all of the time.

Laurie Kreis of Huson took the lead in the Ladies with a total of 350 entries, 2nd place was Gina Schiff of Whitefish with 89 entries, 3rd place was Kimberly Mack of Helena with 66 entries, Kim McMillie of Polson was 4th with 52 entries, and 5th place went to Debby Sacchi of Thompson Falls with 49 entries.

Weekend winners were: David McDaniel of Polson X 2, Richard Kreis X 2, and Sam Cusker. The $10,000 lake trout eluded anglers and is still out there. No angler turned in any of the tagged fish with $1,000 values or more. Gilbert R. Michel of Charlo and Bill Swaney of New Town ND turned in $100 tagged lake trout and Mike Benson turned in a $200 laker. The $100-$500 tagged lake trout from this event will have new dollar amounts assigned to them before the Spring Mack Days Event and new fish will have the higher values assigned to them.

Thank you to the very hardworking anglers who make Mack Days the success it is. You are unrelenting anglers, who love to fish and are successful at bringing in lake trout. It takes time and hard work to become a successful angler on Flathead Lake!